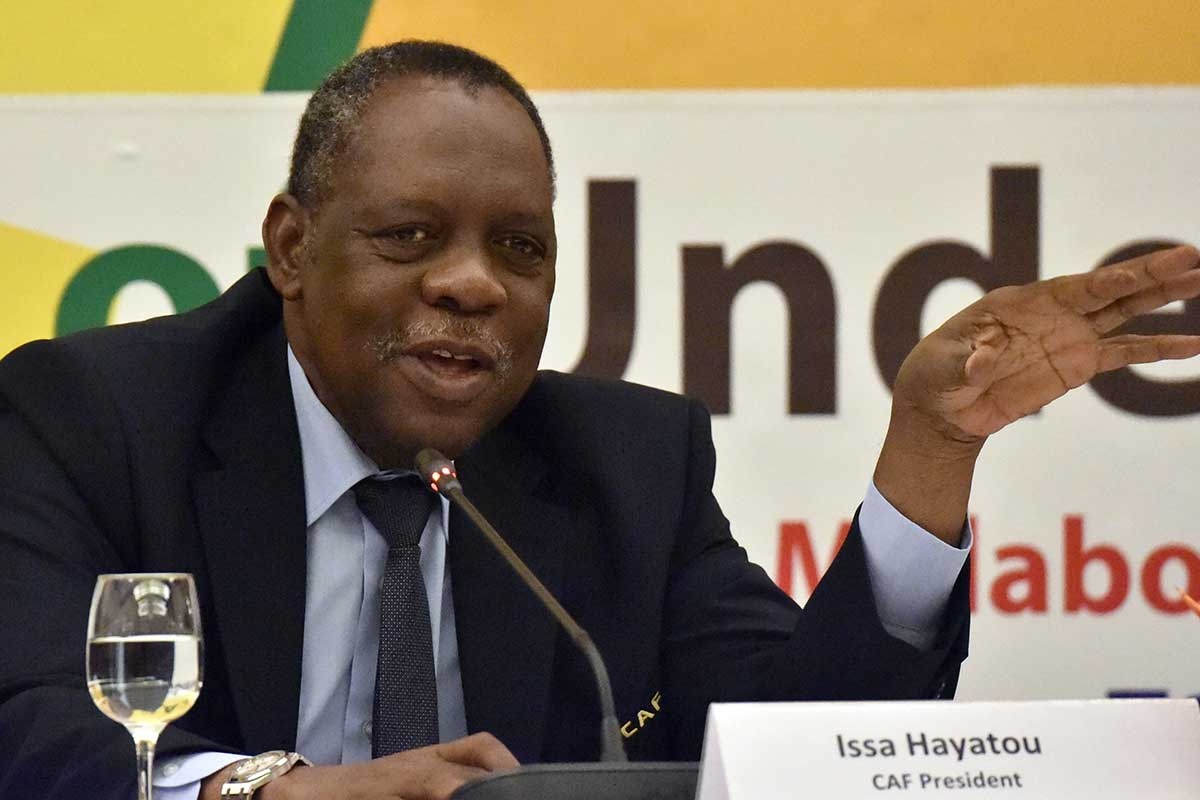 FIFA’s executive committee will meet on Tuesday as acting president Issa Hayatou attempts to steer football’s embattled governing body through the latest storm of scandals to blight their Zurich headquarters.

• FIFA descends into chaos
• Video: how not to stretch off an injured player

The trio are all banned from attending what will be the first executive committee meeting held without Blatter’s presence for 40 years and Hayatou sees restoring public trust as a matter of priority.

Cameroon’s Hayatou takes charge of FIFA’s helm amid the worst scandals in the organisation’s 111-year history and it will be far from business as usual.

“It’s certainly an unprecedented situation for FIFA,” said the 69-year-old.

“But we remain focused on the necessary reform process, the presidential election and on supporting the current investigations.

“To restore public trust is a crucial objective. It is essential that FIFA carries on its mission of developing the game and staging international tournaments.”

On the agenda, the executive committee will hear the first recommendations from FIFA’s reform committee, tasked with suggesting changes within FIFA’s corridors of power, with the aims of restoring its badly tarnished credibility.

The increased need for transparency on renumeration is poised to be discussed, but the backdrop to the meeting remains the power struggle ahead of the FIFA presidential election on February 26 at next year’s extraordinary congress.

FIFA’s leaders meet in Zurich with the organisation under-fire from all sides.

After several key sponsors called for Blatter to resign, FIFA took the unprecedented step of suspending its president based on suspicions a two million Swiss franc ($US2 million) payment made by Blatter to Platini in 2011 was not above board.

Neither have explained the reason for the nine-year delay in payment for work Platini carried out as Blatter’s technical advisor from 1999 to 2002.

Platini, president of European football’s governing body UEFA, had been seen as favourite to replace Blatter as FIFA president in next year’s elections until he was named in a Swiss criminal investigation into Blatter’s management of FIFA.

Swiss investigators are also looking into FIFA’s awarding of the 2018 World Cup to Russia and the 2022 tournament to Qatar in a bribery scandal which has seen 14 people arrested by American and Swiss authorities.

Seven former FIFA officials were arrested by Swiss authorities in May as the United States attempts to have them extradited to face charges of accepting bribes.

Over the weekend, allegations of cash-for-votes by magazine Der Spiegel has drawn the awarding of the 2006 World Cup to Germany into question and the German Football Association (DFB) has strenuously denied any wrong-doing.

Then on Monday, Platini admitted he had no written contract for the two million Swiss franc payment by Blatter, but had a “man-to-man agreement” as his chances of replacing the Swiss veteran as head of the world body nosedived.

Platini told French newspaper Le Monde he felt Blatter was seeking to “kill me politically” over the contested payment and says he feels “shame at being dragged through the mud”.

So far, only two candidates have officially submitted applications to stand as FIFA president: Platini and Jordan’s Prince Ali bin al Hussein, who pushed Blatter to a second round of voting in May’s election.

China’s No.2 surprises Anthony Albanese with congratulations before PM’s first big test
Queen all smiles in flower show buggy
No evidence monkeypox has mutated, WHO says
Russian diplomat resigns over Ukraine war
Naomi Osaka ‘not sure I play Wimbledon’ after French Open loss
UAE star Omar Abdulrahman returns for must-win Socceroos clash
VIDEO: how not to stretcher off an injured athlete
Today's Stories