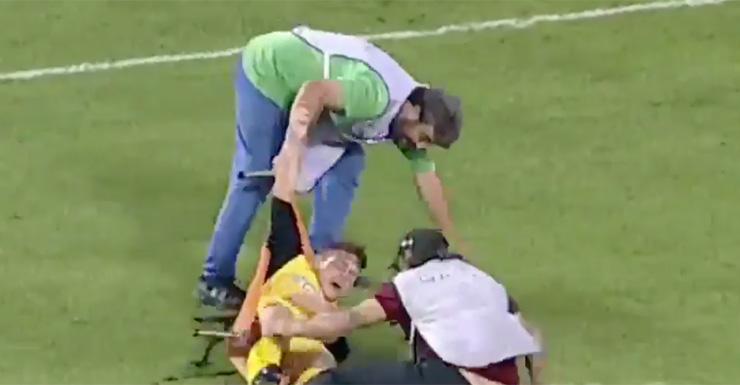 During the Larisa vs. Ergotelis clash on Sunday (AEDT), video showed a player getting forced on to a stretcher, being dropped a few times and then unceremoniously dumped to the side of the pitch.

The stewards seemed to have felt that Leonardo Koutris, from the away team Ergotelis, who were leading the match, was trying to waste time.

Their solution was to rush him from field so the second division clash could get back underway.

However, the result was more comical than efficient. Especially given one of the stewards tripped, then got back up, only to fall head first into the player.

That’s not to mention the absolute fragility of the stretcher they used. See the ordeal below.

And the clumsy medical help may have worked in the end.

Larisa went on to record a come-from-behind victory – scoring in the 87th and 90th minute to win 2-1.

VIDEO: how not to stretcher off an injured athlete