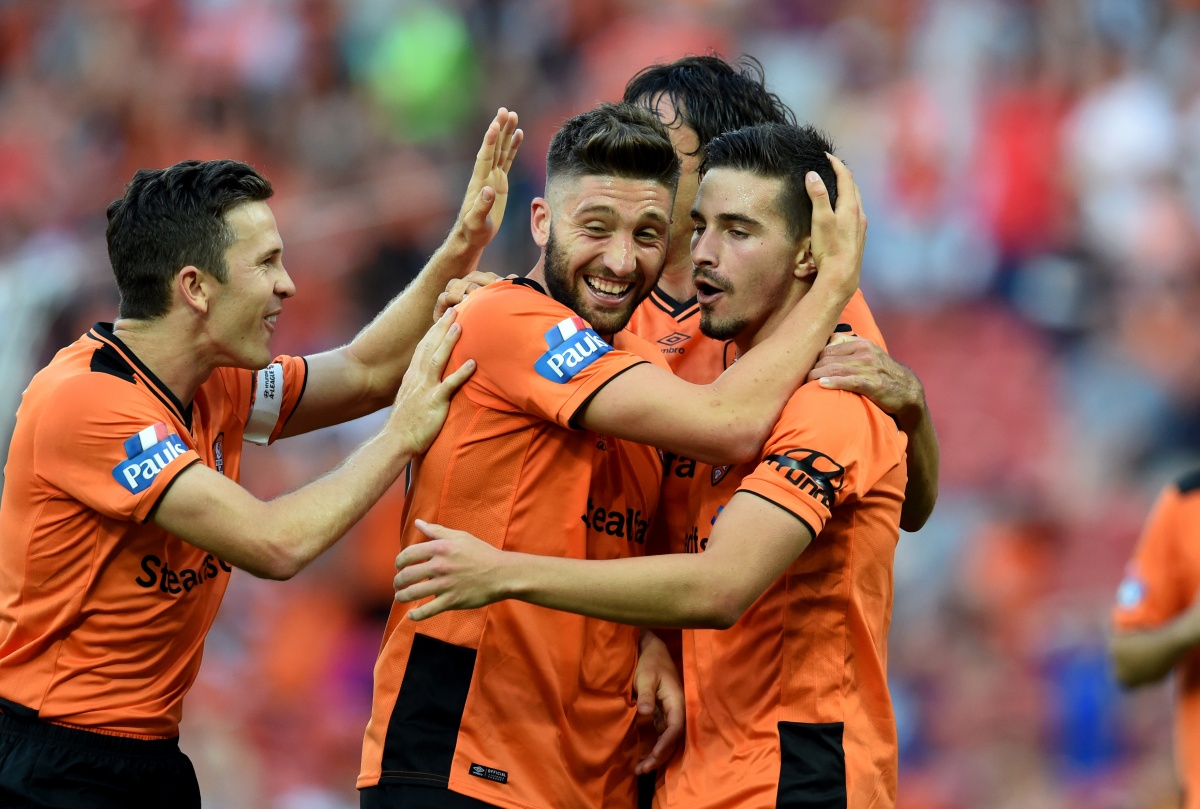 The Brisbane Roar have moved clear on top of the A-League ladder after a classy 2-1 win over Central Coast at Lang Park.

Brandon Borrello scored both of Roar’s goals to make it two wins from two and open up a two-point buffer over title favourites Melbourne Victory and Sydney FC, who are tied for second place.

It was another encouraging display from John Aloisi’s men on Sunday afternoon, who largely controlled proceedings and could have enjoyed a bigger margin of victory had their front three taken more of their chances.

Equally encouraging was the 14,471-strong crowd at Lang Park – more than double the attendance figure from the corresponding fixture last season, and further proof the Indonesian-owned Roar are making a steady recovery from their tumultuous off-season.

Those fans will surely be back for more after an entertaining, measured performance from Brisbane.

Borrello has his strike partner Jamie Maclaren, who scored a brace of his own last week, to thank for playing a vital hand in both of his goals.

The first came in the 14th minute, when Maclaren cushioned a high ball into Borrello’s path with a silky-smooth side-footed pass.

The 20-year-old then blasted his shot past Mariners custodian Liam Reddy, who got a glove to it but couldn’t keep it out.

Borrello struck again on the hour mark, completing a scintillating team counter-attack that began with a glancing touch from veteran Spanish midfielder Corona, who was deep in his own half.

That opened up space for full-back Jack Hingert, who surged forward and then released Maclaren with a long switch.

Maclaren kept his cool, maintained possession under pressure and then unleashed Borrello, who made no mistake from close range.

The Mariners were perhaps hard done by, and had what looked to be a clear shout for a penalty waved away by referee Ben Williams early in the second half when Anthony Caceres was brought down inside the box by Hingert.

They eventually got reward for their toil three minutes from time through substitute Josh Bingham, who converted a Fabio Ferreira cutback – but Brisbane were able to stamp out Central Coast’s attempted comeback and seal the win.