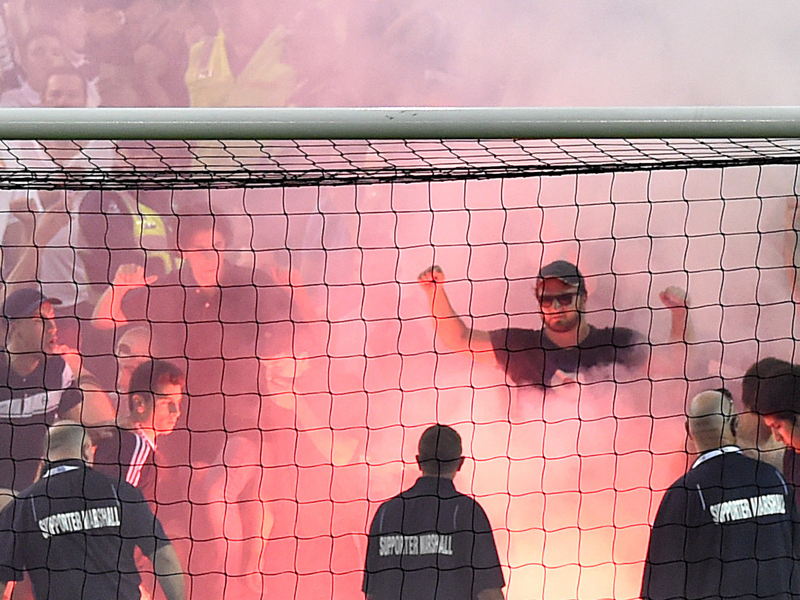 Victorian Police will review crowd behaviour at Saturday night’s A-League derby in Melbourne, which resulted in a number of evictions and a boy being injured.

A nine-year-old boy was hurt and required treatment after he was struck with a plastic bottle during the match between Melbourne Victory and Melbourne City.

Police and security staff were kept busy with 10 people evicted in total for offences including discharging a missile, possessing flares, and unruly behaviour.

Four flares were lit inside the stadium, and another 25 were set off outside.

Police said the crowd behaviour would be reviewed.

The unruly behaviour comes a fortnight after Perth Glory fans set off a series of flares at an A-League match in Sydney.

Last year police criticised an A-League crowd for letting off flares after a young woman and a 12-year-old boy were injured during the A-League match between Melbourne Victory and Brisbane Roar at the Docklands.

“Last season, there were eight instances where flares were let off,” Commander Nugent said in November last year.

“Since the first match on 10 October this season, we’ve already seen 38 flares let off and approximately 200 chairs broken.

“Flares are extremely dangerous. They can burn at more than 1,000 degrees Celsius and are not designed to be released in highly populated areas.

Earlier last year, security had to be increased ahead of a Melbourne Victory and Western Sydney Wanderers after the rival fans brawled outside a Melbourne hotel, following a draw between the two clubs.