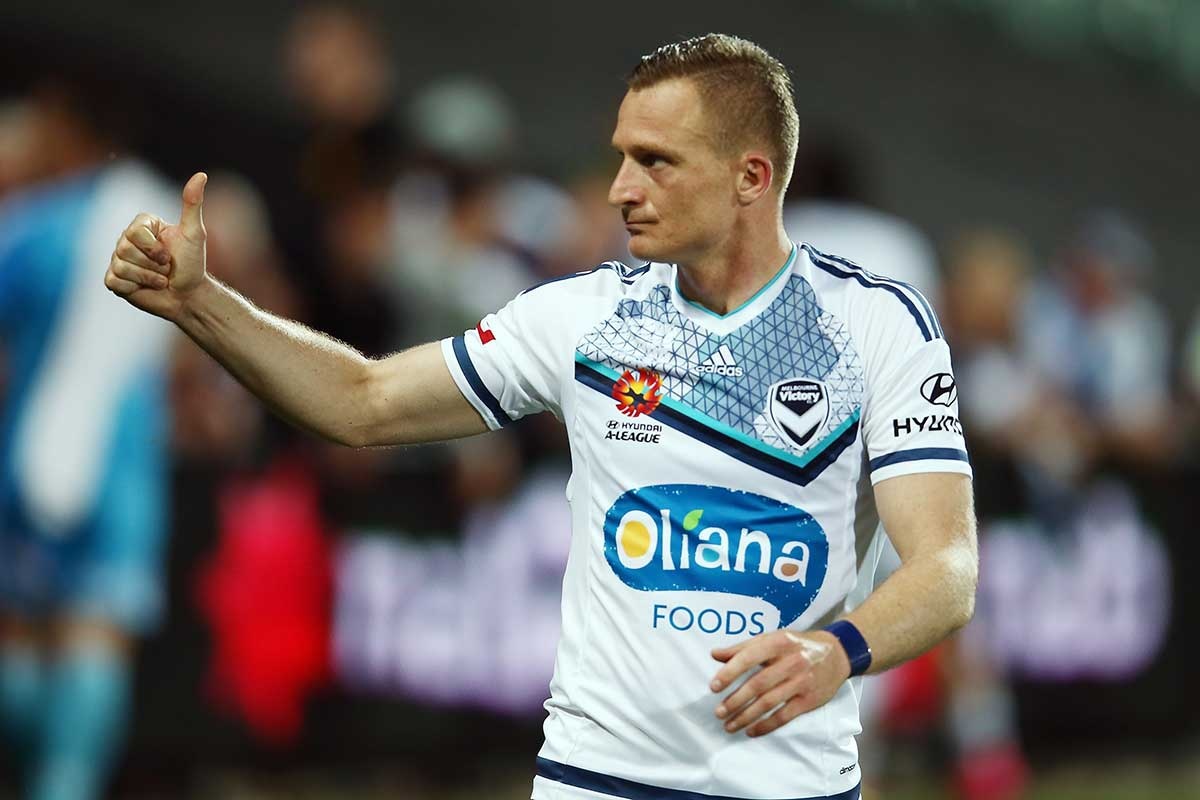 The Albanian was on hand to tap in Connor Pain’s cross during the last minute of regular time, saving their blushes after letting slip a two-goal lead.

Victory were strolling to success at 2-0 with more than an hour gone, with Fahid Ben Khalfallah’s deflected first-half opener and Kosta Barbarouses’ header after the break putting the champions on course for a first win of the new season.

But City set up a pulsating finale with two goals in three minutes, with the first conjured out of nothing by forward Bruno Fornaroli.

The tricky Uruguayan wriggled free of marker Matthieu Delpierre to find a reply before Aaron Mooy’s invention put City back on terms.

The Socceroo’s lofted ball over the top of the Victory defence was inch perfect, allowing Stefan Mauk a one-on-one chance he buried past Danny Vukovic.

Even injured Victory forward Archie Thompson applauded the effort, tweeting “Got to say what a ball Mooy”.

As usual, City’s best moments involved Mooy, who was the game’s best midfielder despite close attention from Victory’s Carl Valeri.

But in front of a rowdy but well behaved crowd of 40,217, Victory hitman Berisha was not to be denied, scoring his sixth goal in five games against City to give Victory a first win of the new campaign.

The match started at a more tepid pace than it finished, with Daniel Georgievski’s fine lead-up work starting the scoring.

After 23 minutes, Georgievski won the ball for Victory, running clear and passing inside for Berisha.

Berisha cut the ball back – not for the first time in the match – with a neat flick that found Ben Khalfallah, who steadied and shot from just outside the box, with Paulo Retre’s trailing boot deflecting the ball past Thomas Sorenson.

The goal was classic Victory; attacking with pace and finding a way to goal through combination work across the forward line.

The Tunisian set up Victory’s second with a lofted cross to the back post where Barbarouses headed past sleeping marker Jack Clisby.

The responses from Fornaroli and Mauk brought a grandstand finish but it was the champions who confirmed their place as Melbourne’s dominant team, securing their fourth win in their past five derbies.