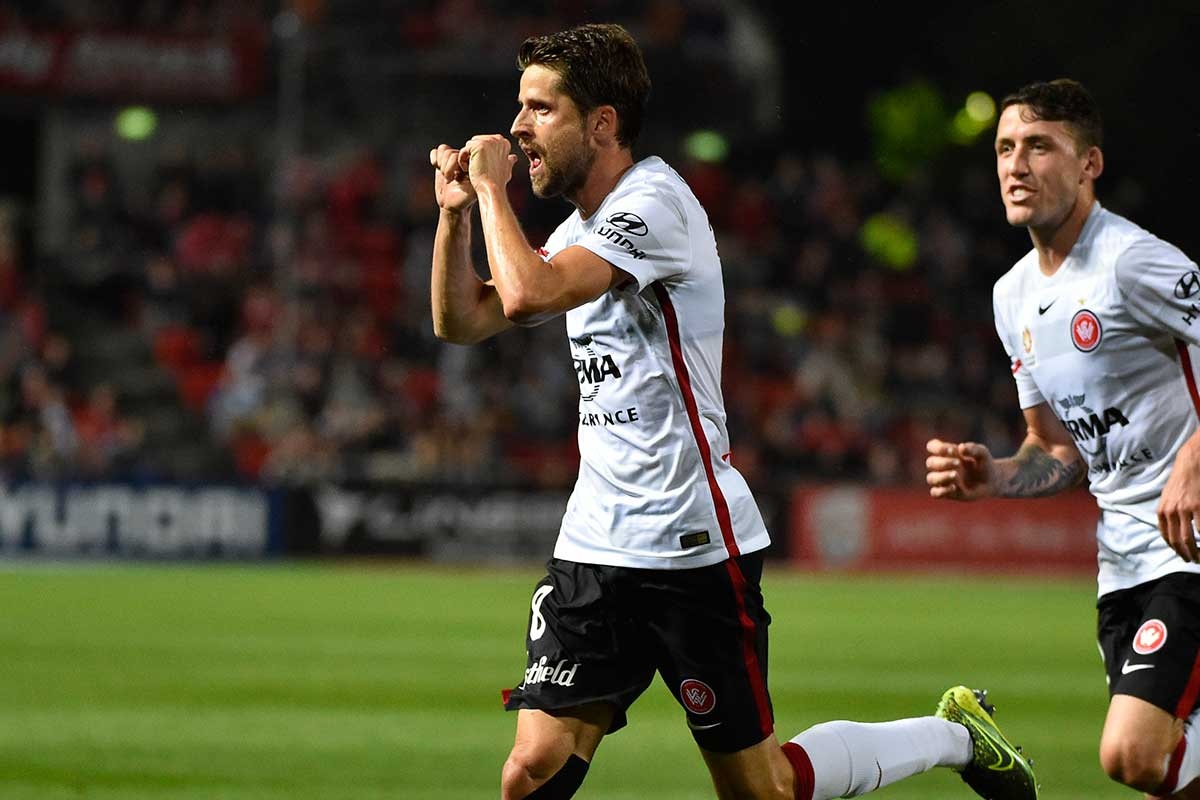 Adelaide United and Western Sydney Wanderers played out a hard-fought 1-1 A-League draw at Coopers Stadium on Friday with Spaniard Andreu finding the net for both sides.

The Wanderers midfielder helped the Reds take the lead midway through the first half courtesy of a heavily deflected own goal before dramatically salvaging a point for the visitors in the 83rd minute.

Western Sydney attacked United right from the first whistle and the visitors didn’t have to wait long for their first chance in front of 9,442 spectators.

On five minutes, Mitch Nichols slipped Romeo Castelen in behind the Reds defence but the Dutch flyer blasted his shot from eight metres into the side netting.

Adelaide broke the deadlock in the 21st minute, albeit with a massive slice of luck. when Reds midfielder Isaias dinked a delightful ball over the Wanderers defenders to release Tarek Elrich, who weaved his way past full back Scott Neville.

Elrich shaped to pick out a teammate inside the area but his cross took a wicked deflection off Andreu and the ball looped into the back of the net with keeper Andrew Redmayne rooted to the spot.

The visitors continued to attack through Castelen and just before the half hour, the speedster looked to be racing through with just United keeper John Hall to beat. But a superb tackle from Dylan McGowan thwarted the attack.

Much like the opening few minutes, the Wanderers pushed towards goal after half time and it was Castelen the most likely with a 25 metre rocket that spilled off Hall’s chest but away from danger.

Jaushua Sotirio was next to try his luck for Western Sydney but he skied his effort from close range after pouncing on a loose ball in the Reds’ penalty area.

United seemed content to retain possession in the final quarter hour and hit the Wanderers on the break, when Goodwin almost doubled the Reds lead on 75 minutes, although his shot from the edge of the area slammed into the cross bar.

Western Sydney eventually found a deserved equaliser in the 83rd minute as Andreu went from villain to hero.

The Spanish midfielder took full advantage of a weak clearance from Elrich and picked out the top corner from 10 metres.

Both sides wrestled to find a winner in the final minutes but were forced to settle for a share of the points.