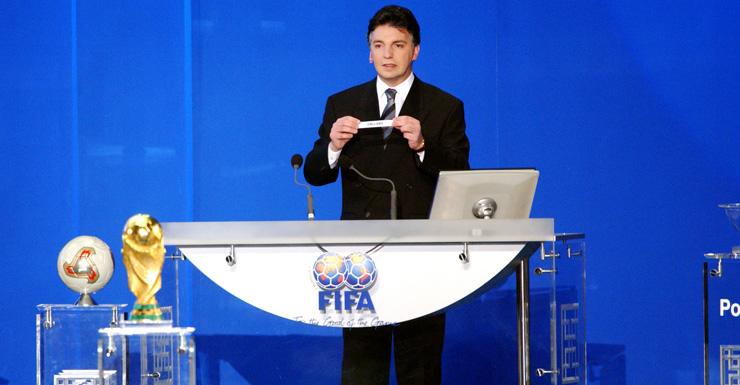 Former FIFA secretary-general Michel Zen Ruffinen says he has been asked to stand for the presidency of soccer’s governing body.

“I am simply studying the situation following some requests that I have received to [be a] candidate for the position,” the Swiss said.

“I will monitor the situation, see how it develops in the next days and check the feasibility [to see] if it makes sense.”

Zen Ruffinen served as FIFA’s secretary-general from 1998 to 2002 and left after falling out with FIFA president Sepp Blatter.

FIFA is due to choose a successor to Blatter, who is now in his fifth term, at an extraordinary Congress on February 26.

Embroiled in a corruption scandal, Blatter was suspended for 90 days by FIFA’s ethics committee on Thursday along with UEFA president Michel Platini, pending a full investigation.

Both have announced they will appeal and have denied wrongdoing.

Zen Ruffinen was a fierce critic of Blatter’s presidential style and, one month before the presidential election in May 2002, produced an explosive report accusing Blatter of mismanaging FIFA’s finances.

He highlighted misleading accounting practices and evidence of conflicting interests, which led to 11 FIFA executive committee members bringing a criminal complaint against Blatter.

Blatter, however, went on to beat Isssa Hayatou in that month’s election in Seoul, the legal action was withdrawn and Zen Ruffinen stepped down.

Until recently, Platini had been the favourite to replace Blatter.

But Platini’s suspension has left the presidential race wide open. The deadline for candidates to formally submit their bids, which must have the written endorsement of five national football associations, is October 26.

Prince Ali Bin Al Hussein of Jordan is the only remaining candidate who has experienced a FIFA election, having lost to Blatter in May this year.

Former Brazil international Zico and former Nigeria international Segun Odegbami have both indicated they will run but have struggled to make headway.

Musa Bility, the president of the Liberian FA, has said he will stand but was turned down by the Confederation of African Football when he asked for their backing.