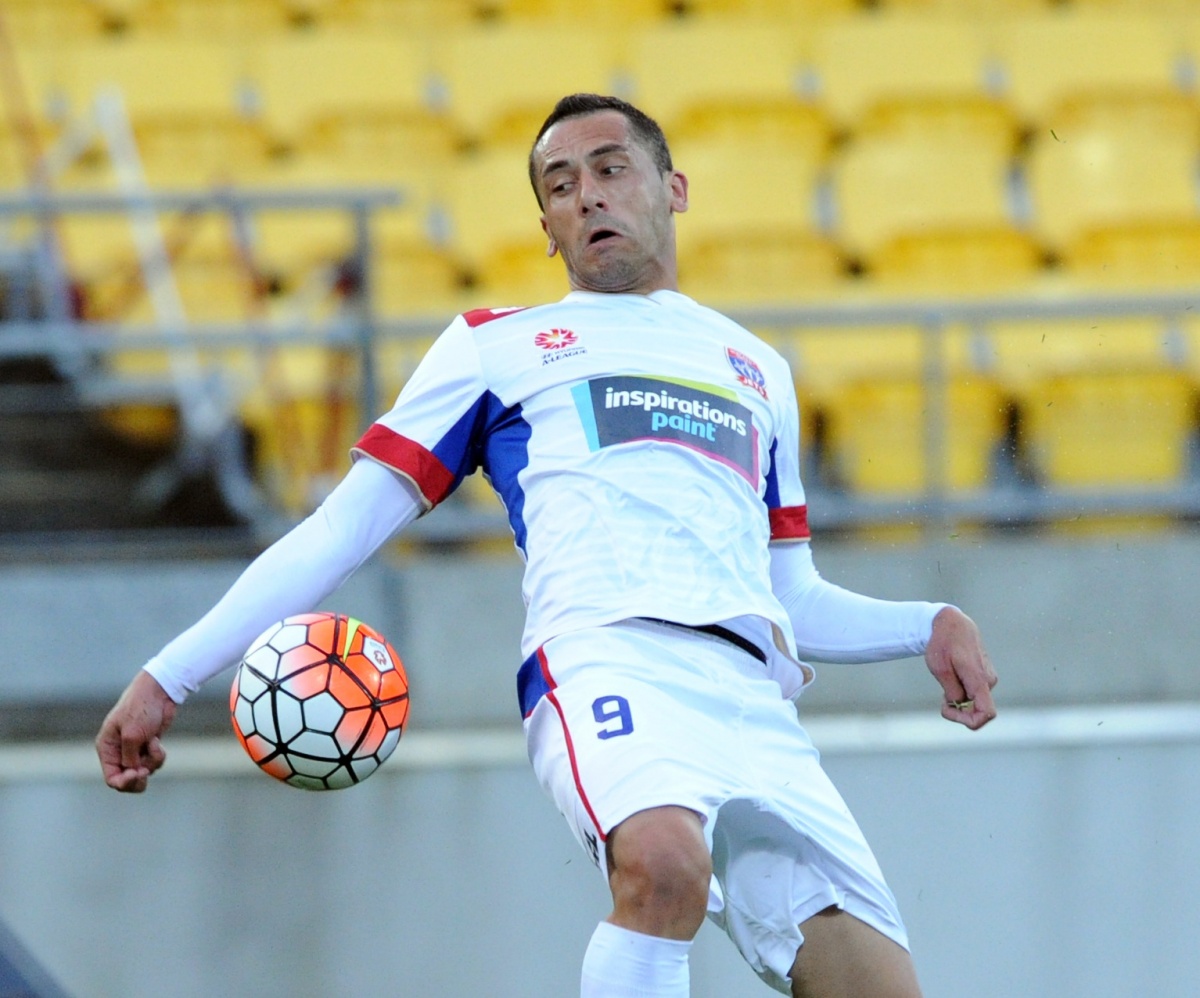 The Newcastle Jets have punished Wellington Phoenix’s inability to finish with a season-opening 2-1 A-League win in Wellington.

Reduced to 10 men for the closing 10 minutes on Sunday after skipper Nigel Boogaard’s second yellow card, Newcastle was pushed and pressured but hung on grimly to scramble a gritty win for new coach Scott Miller.

As it did last season, Wellington created plenty of chances but struggled to finish.

Despite dominating possession and territory, it was lucky to go into half-time on even terms after Roly Bonevacia’s stoppage time equaliser answered David Carney’s 30th-minute header.

Roy Krishna’s missed penalty two minutes into the second spell came back to haunt it when Jets striker Milos Trifunovic guided home what proved to be the winner with 20 minutes remaining.

Both sides struggled to find any flow early on in a scrappy start to the season.

Andrew Durante’s troublesome calf forced the Phoenix skipper from the field in the 27th minute and the Jets capitalised almost immediately.

South Korean defender Lee Ki-je was allowed too much room down the left and his well-weighted cross was headed home by former Socceroo Carney to give the Jets a 1-0 lead after 30 minutes.

Wellington were still creating chances, with Krishna and Blake Powell both coming close but Newcastle looked set to go into the halftime break ahead.

Midfielder Michael McGlinchey, whose pace and vision had stretched the Jets defence all evening, made another strong run into the box deep in stoppage time and his cut-back was glanced home by Bonevacia.

Wellington started the second spell strongly and was rewarded after two minutes when Jets defender Daniel Mullen brought down Krishna in the box.

But Newcastle keeper Mark Birighitti read the Fijian striker’s penalty, diving low and to the left to make a solid save.

Carney featured in Trifunovic’s 70th-minute winner with a beautifully weighted through ball as the Jets again proved lethal on the counter-attack.

Although Wellington pressured right until the final whistle, Newcastle’s makeshift defence hung on for the win.

Jets begin season in style with win over Phoenix