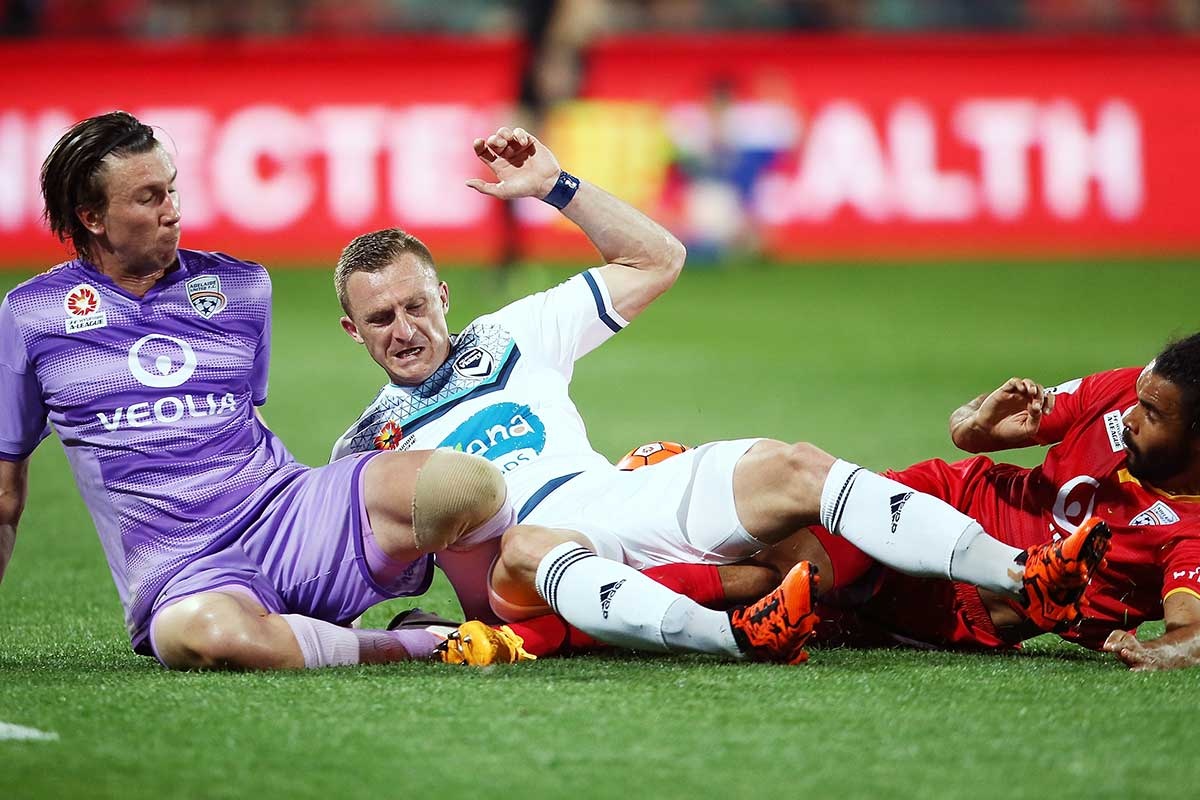 Adelaide United and defending A-League champions Melbourne Victory have shared the points in a goalless draw at Adelaide Oval on Friday.

Both clubs enjoyed a host of chances despite looking rusty at times.

United was without skipper Eugene Galekovic and fullback Tarek Elrich, both missing the clash through Socceroos duty, while striker Bruce Djite was a late omission due to a thigh injury.

Victory skipper Carl Valeri also missed the clash after copping a knock to his knee at training during the week.

The Reds were tested early in front of 19,079 home spectators when a well-worked short corner from the visitors allowed Oliver Bozanic a free shot inside the area, but the midfielder skied his effort over the bar.

Besart Berisha was next to go close for Victory after he was put through by Fahid Ben Khalfallah but Reds keeper John Hall, who was handed his first A-League start, rushed off his line and thwarted the attack.

A minute later Eli Babalj, in his Reds A-League debut, found space on the edge of the area only for his shot to be blocked by some desperate Victory defending.

After a quiet first half Victory’s Kosta Barbarouses looked dangerous and forced a strong save from Hall just after the break before having a goal correctly ruled out for offside soon after.

Moments later, the Victory winger slammed a shot from outside the area against the upright before supplying Gui Finkler with a sublime pass, only for Hall to again deny Victory with another impressive save.

In the 72nd minute the visitors were reduced to 10 men when stand-in captain Broxham was shown a second yellow card after clashing with Reds midfielder Isaias as the pair battled for a header.

Berisha was also menacing in attack for Victory and could have put his side ahead with just Hall to beat if not for a last ditch tackle from Osama Malik.

United pushed forward in search of a winner and almost found the net in injury time but Sergio Cirio could only slam his shot straight at Victory keeper Danny Vukovic.