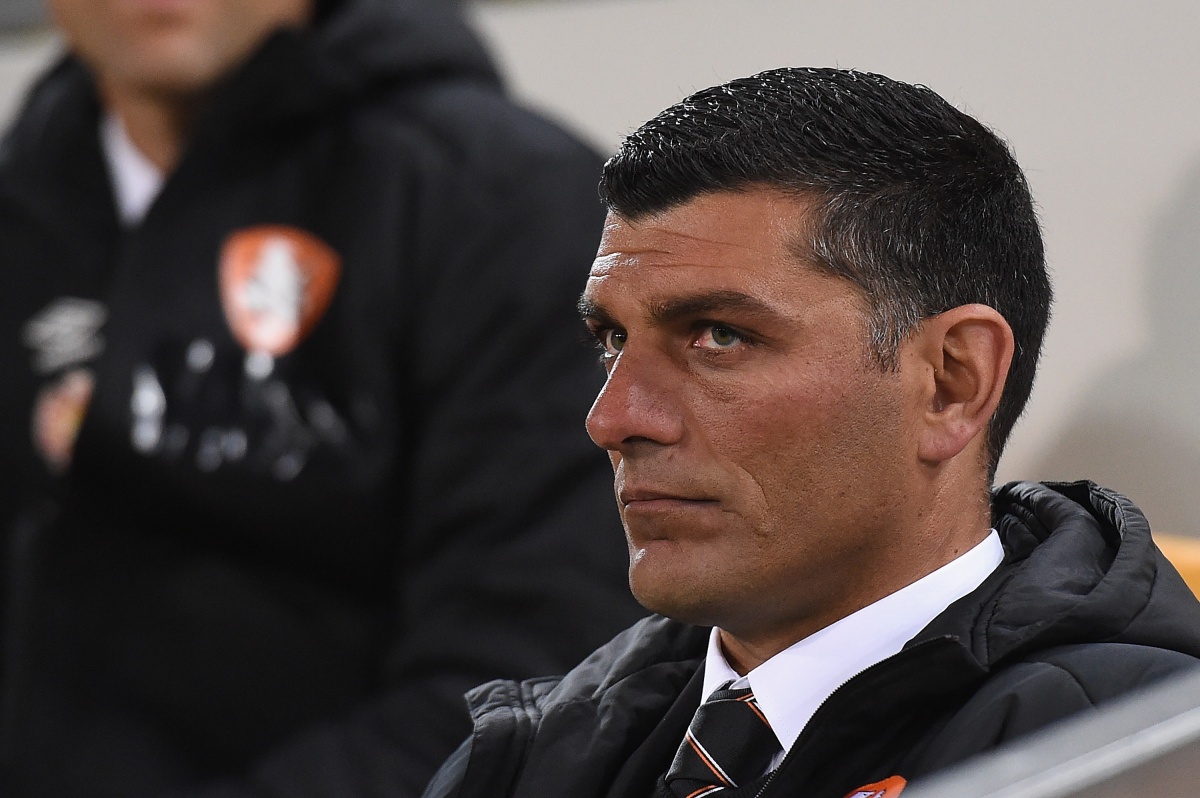 A candid John Aloisi has opened up on Brisbane Roar’s nightmare A-League off-season, revealing he was kicked out of the club’s former training base Ballymore on his first day as coach.

But the Socceroos legend says he has placed his trust in embattled owners the Bakrie Group and believes the Roar can contend for the A-League title this season despite all their off-field issues.

Speaking in front of more than 100 supporters at an intimate fan forum held in the team’s Suncorp Stadium changerooms on Tuesday night, Aloisi admitted his short tenure as Brisbane coach has been fraught with difficulties.

“Has it been a hard pre-season? Yes, I won’t lie,” Aloisi told the crowd.

“But all I could say and I re-emphasise with the players is there will always be a Brisbane Roar, no matter what happens in terms of ownership.

“Having worked for Fox Sports, I know – Brisbane Roar have to stay.

“Who would get rid of the most successful club in the A-League? It’s not going to fold, no matter what.”

Aloisi got an early taste of Brisbane’s financial issues on his first day in the job, when he was evicted from Ballymore due to the club’s legal battle with the Queensland Rugby Union over unpaid rent.

That left Brisbane with no training venue on the eve of pre-season and very little money in the bank.

“So what did we do? The next day, we didn’t cry – I went out with (interim chief executive) David Pourre and said to him, ‘drive me around every pitch possible in Brisbane’,” Aloisi said.

But Aloisi moved to assure fans that the picture at the Roar has changed significantly since the arrival of Bakrie Group representatives Rahim Soekasah and Demis Djamaoeddin, who have guaranteed on behalf of the Indonesian conglomerate to clear all of the club’s debts by January.

“There was a period there where we didn’t know what was happening,” Aloisi said.

“But now that Rahim and Demis have arrived in the last couple of weeks, it’s settled the club and settled the players a lot more.

“The players have kept their focus the whole time on football.

“Sometimes away from training it’s hard for us … players have family and friends as well and people are talking about it, and making some not-so-nice comments to people on the street, like ‘are you going to get paid this week?’.

“But we’ve got trust in the owners now and we’ve got to make sure that we concentrate on our football.”

The Roar will travel to Sydney on Wednesday ahead of their A-League season opener against the Western Sydney Wanderers on Thursday night.

Aloisi opens up on Roar turmoil