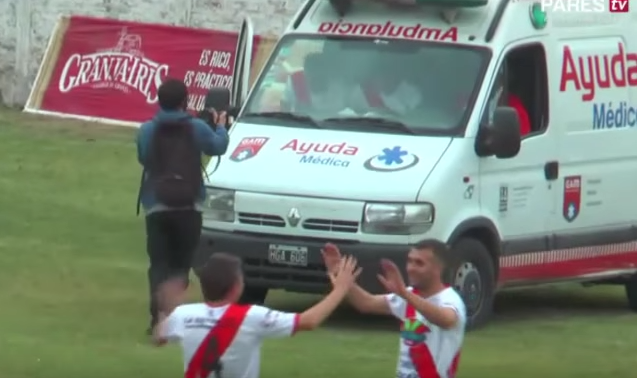 The celebration stakes have risen once more and this was much better than a footballer just taking his shirt off after scoring.

An Argentinian footballer has attracted global headlines for his celebration during a third division match in the city of Luján.

Mariano Gorosito, who plays for the team from the same city, performed the bizarre celebration in a comfortable 4-0 win over Argentino de Merlo.

After scoring the goal to put his side up 3-0, Gorosito ran over to a pitch-side ambulance and hopped into the front seat.

After blaring the horn, he pretended he was going to drive the vehicle away.

All he had left to do was blare the sirens, however we’ll just assume the paramedic inside the ambulance protected that part of the dashboard.

For his efforts, Gorosito earned himself a yellow card.

Watch the celebration in question below: