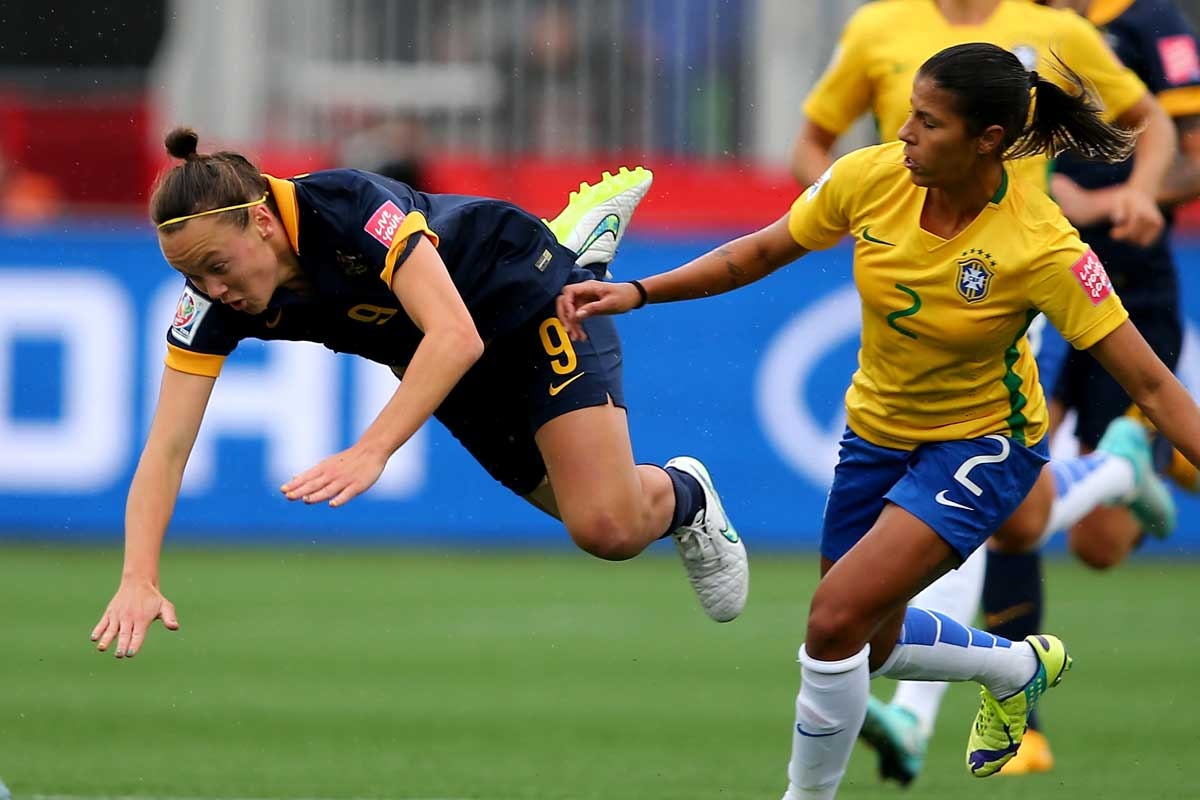 Ellyse Perry rates Australia a legitimate chance of beating Japan in this weekend’s Women’s World Cup quarter-final, given their physicality and athleticism.

The dual international, who played for the Matildas at the 2011 showpiece, said the side’s exciting, attacking brand of football had undone other nations and could again prove lethal against their fourth-ranked opposition.

“Playing a team like Japan, who are probably technically one of the best sides in the world, I think we’ve got a real good chance because of our physicality, our athleticism and the attacking prowess that we posses,” she said on Thursday.

Perry was in no doubt last year’s 1-0 loss to Japan in the Asian Cup final would provide some motivation.

“But Japan have been a really strong rival for us ever since we entered the Asian Confederation and, every time we play them, they’re really tough matches,” she added.

“It’s probably fairly even in terms of the ledger in those games, but we know each other really well as well, so it’s going to be very competitive and a great match.”

Perry said the Matildas’ performances at the World Cup typified how far women’s sports had developed in Australia.

“The real interest and attention that’s been shown to the Matildas and how excited everyone is and supportive of them is really encouraging for the future,” she said.

“I think what they’re showing is their real legitimacy in the Australian sporting landscape.”

Perry missed out on selection for the Cup after injury ravaged her last W-League campaign.

But the 24-year-old still harbours ambitions to return to domestic football after contesting the Women’s Ashes with the Australian cricket team next month in England.