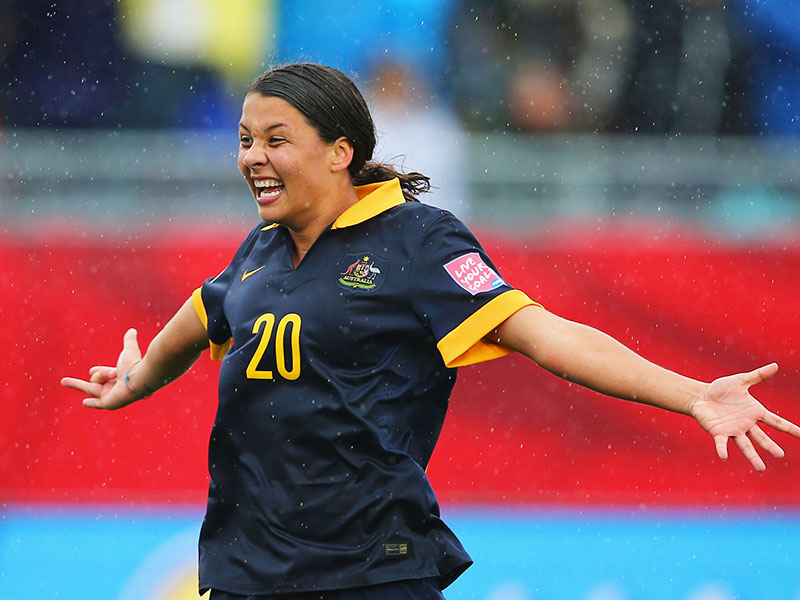 They’re paid a pittance compared to their male counterparts but a funding increase for the World Cup quarter-finalist Matildas is apparently in the pipeline.

The discrepancy between the Matildas and Socceroos was laid bare when it was revealed Australia’s national female footballers would be paid less in match fees if they made the final in Canada than the Socceroos get for a single group-stage game.

While comparisons between the developing part-time women’s game and professional ranks of men’s football can be tricky, the Matildas certainly seem underpaid for their efforts.

Football Federation Australia women’s football head Emma Highwood, who is in Edmonton with the Matildas, suggested the governing body was willing to increase pay alongside new commercial investment.

“No doubt there will be an increase in the structure of those payments,” she told AAP.

“Our long-term goal is the players have a full-time salary so they can concentrate on football.

What the women earn

• $1250 per tournament semi-final or third or fourth-place playoff

• an equal share in 30 per cent of all prize money

What the men earn

• A share in commercial profits from matches played and sponsor bonuses, plus:

• $9500 per tournament semi-final or third or fourth-place playoff

Ms Shipard played from 2004 to 2014 and said it was a given the players would treat it as a part-time pursuit.

“It’s all we ever knew. We knew we’d treat our football as a part time pursuit and on the side we would have study or work a part time job, and that way it would accumulate to a full time pursuit.”

FFA is currently negotiating with the players’ union, Professional Footballers Australia (PFA), on the collective bargaining agreement to replace the current three-year deal that expires at the end of the month.

“Of course you want to see the increase, players being rewarded for playing in a full-time football environment, but it’s something we’ve got to build up over time,” she said.

“We’ll work with the PFA to do that.

“We grow it when we grow the game, that includes how we grow it commercially and get more eyeballs watching.”

The Matildas who made the World Cup squad would have earned around $52,000 for their national team efforts over the past year.

That factors in their annual contract, daily touring allowance, match fees and a share in prize money from Canada.

Should the Matildas continue their winning ways to triumph in the July 6 (AEST) final, that figure would increase to around $76,000.

Beyond the W-League, some Matildas increase their wages with stints in European or North American club football, or with part-time jobs while not in competition.

In contrast, the Socceroos do not receive a guaranteed income from FFA, but they get often-lucrative wages from their professional clubs.

A PFA spokesman said the Matildas’ low pay was a hindrance to development.

“The attractiveness of the career path for the nation’s top female players must be enhanced,” he said.

“Remuneration is an important element in this and one the PFA and the players are looking to address.”

FFA hope the Matildas efforts so far at the Cup will help to grow the commercial pie.

“The results in Canada and the way the players have conducted themselves can only help in securing the commercial support that can drive significant growth,” an FFA spokesman said.

“The success of the players at the World Cup will also open doors to some of the big competitions around the world where they can earn good money and then come back to play in the Westfield W-League to broaden their earning capacity.”