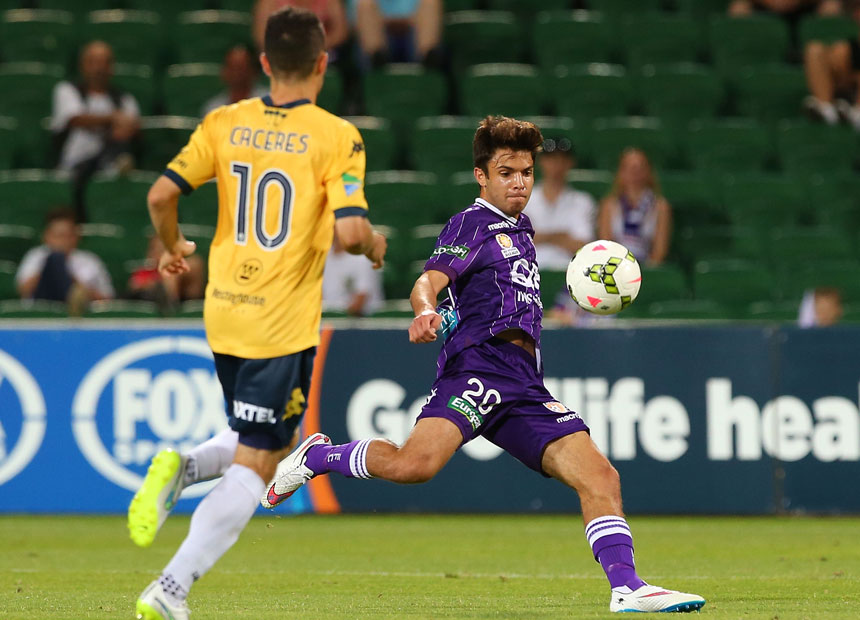 It would be tough getting anointed the next Australian football wunderkind – it hasn’t really helped Tom Rogic – and in the clamour to hype the 17-year-old Daniel De Silva there are similar risks involved.

Fortunately, the media’s gushing hasn’t been too strong in light of De Silva’s current run in Glory’s XI but things may change on the back of this stunning goal.

‘Partaalu the pendulum’ is back just in time for City

When Ange Postecoglou took Brisbane Roar to successive A-League championships it was built on the back of Erik Partaalu. His ability to keep Roar’s passing tempo ticking like a pendulum by always being an option and having efficient distribution was vital.

He also scores crucial goals – witness his 120th-minute equaliser in the 2011 Grand Final – which this week he virtually mimicked for Melbourne City, scoring the derby winner in the 90th.

As City begin to improve so does Partaalu. Not only was his goal timely, but so was the way he played in the derby. His composure on the ball, quality of passing and disruptive force on Victory attacks harked back to the Roar days.

When it comes to Aussie strikers, he Burns all comers …

Nathan Burns’ two goals against Sydney FC on Sunday made him the first player to score 10 goals this A-League season – and going on form he should really be the first striker picked in Ange Postecoglou’s Asian Cup squad on Tuesday.

The former Adelaide United and AEK Athens player is 26 and thoroughly deserves to be recalled for the Socceroos. The last time he wore national team colours was in 2011 and there is every chance that come January he will don them as a starting striker.

He may be inexperienced at international level but playing a striker who is in form will pay off. We could do a lot worse than have him leading the line in the Asian Cup.

It’s all looking up Joel

We got an insight into the mentality of a footballer via Joel Griffith’s heartache during the week.

At a golf tournament in his Newcastle Jets’ Hunter Valley region the veteran striker said his side’s 10-game winless start this year “makes me hate football … I don’t even watch any of the other A-League games, because I get too pissed off”.

Renew your Foxtel subscription and unblock all those football accounts from your Twitter feed, Joel, because your side’s win on Friday night against FFA Cup holders Adelaide ‘Atletico’ United would make even the most bitter fan of a cellar dweller club.

A-League Round 11: what you need to know