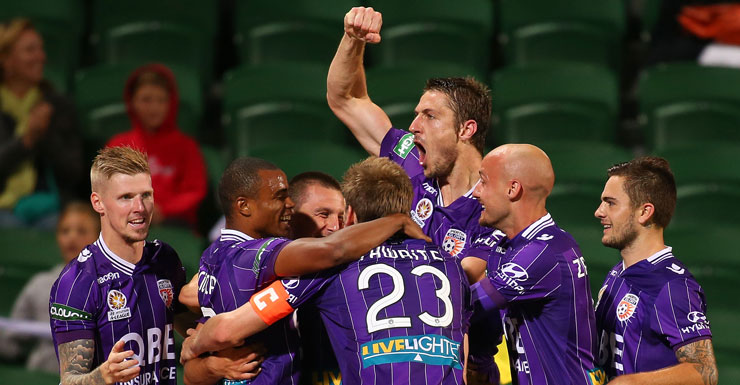 Perth Glory is facing the prospect of being fined or stripped of competition points if an expected FFA investigation into salary cap irregularities shows anything untoward.

The FFA is set to look into Glory’s accounts after it was reported the club failed to declare player-agent fees, player accommodation allowances and motor vehicle costs in salary cap reports provided to the competition’s watchdog.

Fairfax Media claims it has obtained documents showing Glory failed to disclose a host of expenditures in its salary cap from 2011-2014.

For example, the report claims a $50,602 sum paid to player agents for various services in 2012/13 wasn’t listed in Perth’s final yearly report.

It is also alleged Glory provided striker Jamie Maclaren with accommodation but failed to include the costs in the salary cap.
The club also reportedly failed to declare hire car costs.

Glory released a statement late on Wednesday fending off the claims.

“Furthermore, Perth Glory FC has not received any notice from Football Federation Australia in relation to any inquiry involving the club.”

Glory initially planned not to fill their international and domestic marquee positions.

But they were forced to move Nebojsa Marinkovic and Michael Thwaite onto marquee contracts earlier this season after realising they would overshoot the salary cap if they failed to act.

The salary cap allegations have overshadowed Glory’s dream start to the season.

Although Perth fell 1-0 to Adelaide in the FFA Cup final, they sit on top of the A-League table with eight wins, a draw and a loss from 10 games.

Perth will be back in action on Saturday night when they host Central Coast at nib Stadium.

The FFA released a statement confirming it was looking into the matter.

“FFA has noted the allegations raised about Perth Glory and we’ve spoken to the club today,” head of A-League Damien de Bohun said.

“FFA is looking into these matters in line with the usual salary cap compliance practices.”