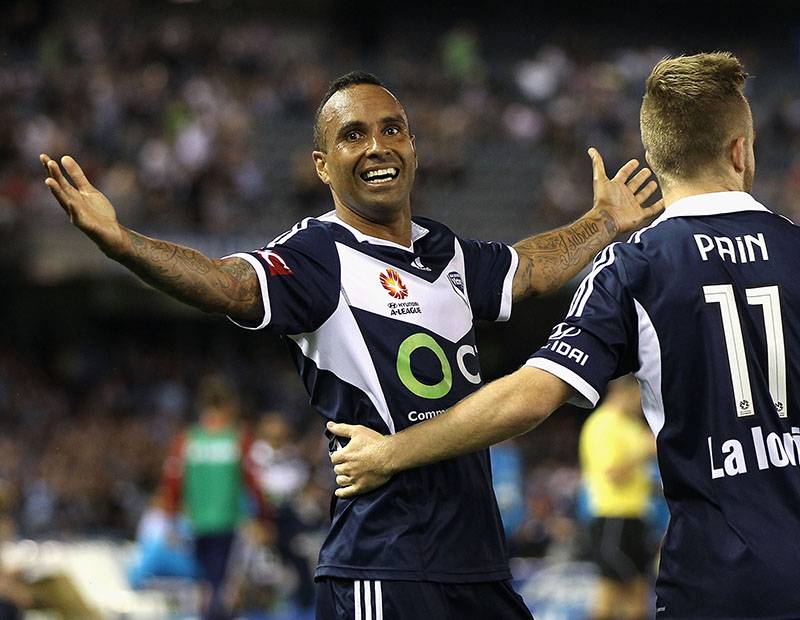 Melbourne Victory and Sydney FC played out one of the great A-League matches on Saturday night as they drew 3-3 at Docklands.

With the A-League’s three top scorers of all time on the pitch in Archie Thompson, Shane Smeltz and Besart Berisha, the match was always likely to produce goals, and so it transpired.

Thompson opened the scoring for the Victory before Austrian international Marc Janko equalised for the Sky Blues.

Thompson was not done yet, however, and picked up his second just before the half time break with a delightful finish from a tight angle.

Sydney equalised again six minutes into the second term thanks to a Smeltz header as both sides showed a willingness to sweep forward.

Smeltz then put his side in front for the first time with a classy goal before Thompson evened the ledger once more by completing a superb hat-trick.