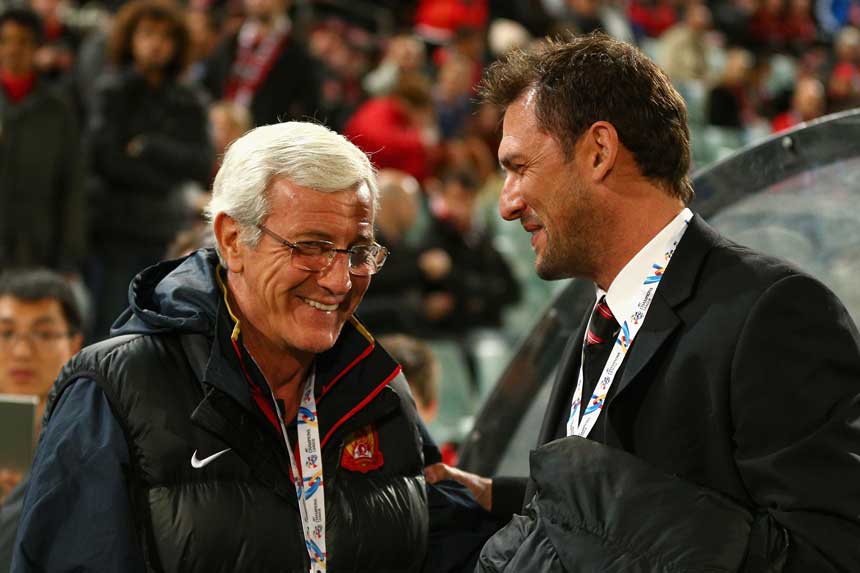 Western Sydney coach Tony Popovic has been suspended for two Asian Champions League matches and fined for his role in an on-field altercation.

Popovic was reprimanded following the confrontation between Chinese side Guangzhou Evergrande and the Wanderers during their ACL quarter-final first leg at Pirtek Stadium in August.

The AFC has announced on Saturday he was punished for violating the tournament’s code of conduct and also fined $US2000 ($A2,160).

The altercation erupted after Guangzhou coach Marcello Lippi charged onto the pitch to protest two of his players, Zhang Linpeng and Goa Lin, being sent off in the closing stages.

Lippi, who coached Italy to the 2006 World Cup, was also suspended for four ACL matches for confronting referee Mohammed Abdulla Hassan Mohamed, however he retired after coaching the team to their fourth successive Chinese Super League title.

After the match Lippi expressed remorse at running onto the field but said he was upset at the red-carding of two of his players.

“I’m not upset about the match that we lost,” Lippi said at the time.

“I know I wasn’t supposed to go on the field but you also watched the match and the two red cards. The first one I didn’t see very clearly but the second one was very close to me so I saw that it was not on purpose.

“I’ve been to all the biggest competitions like World Cups, Champions League and I know it was wrong to go in the field.”

Gao was also suspended for an additional ACL game on top of the automatic suspension he served during the second leg.