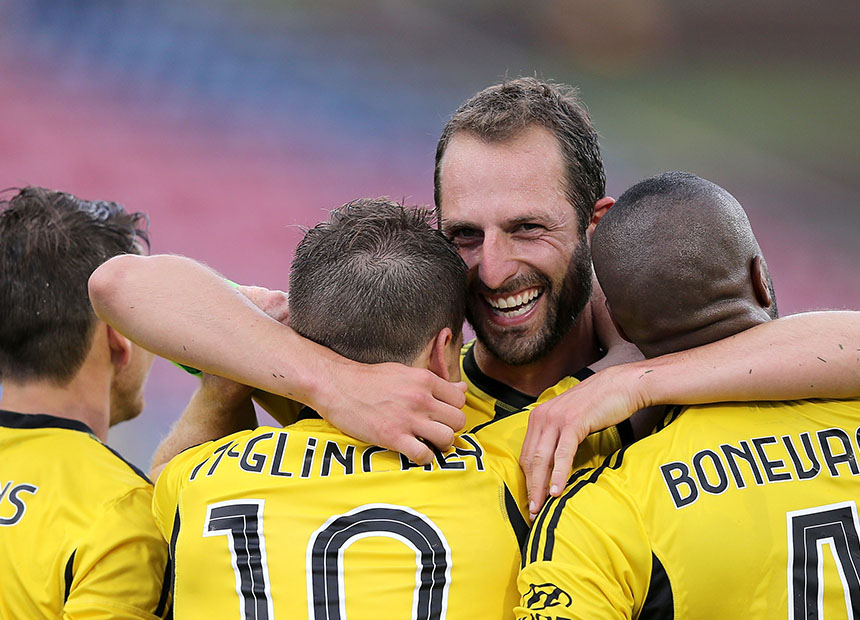 Wellington Phoenix came from behind with three goals in five minutes to defeat Newcastle Jets 3-1 and extend the Jets’ winless start to the A-League season to nine games at Hunter Stadium.

The Jets were on top on the scoreboard on Saturday evening before former Jet Nathan Burns rounded goalkeeper Ben Kennedy to equalise in the 73rd minute after a beautiful ball from Roly Bonevacia.

A minute later, an unmarked Michael McGlinchey tapped home Bonevacia’s shot, which Kennedy could only push onto the far post.

The stunning turnaround was complete in the 78th minute when Fiji international Roy Krishna cannoned a stunning strike from the edge of the area into the top-left corner of the goal to make it 3-1.

The win was the Phoenix’s fifth in nine games, while the loss was Newcastle’s fifth of the season and left it languishing on four points.

It was the fifth time this season the Jets have led a match without taking away three points.

The hosts had the better of the first half and led in the 24th minute when Joel Griffiths tapped home a ball from Andrew Hoole following excellent work from David Carney down the right.

The goal came after Griffiths’ was denied by the crossbar in the 14th minute.

The Jets also went close when Carney hit the top-left corner of the woodwork from a free-kick in the 43rd minute and Jacob Pepper, who came on in the seventh minute for an injured Billy Celeski, had a shot smothered in the 34th.

Wellington also had opportunities in a free-flowing first half.

McGlinchey hit a Burns ball over the crossbar from the six-yard line in the 21st minute and had a shot blocked in the 44th.