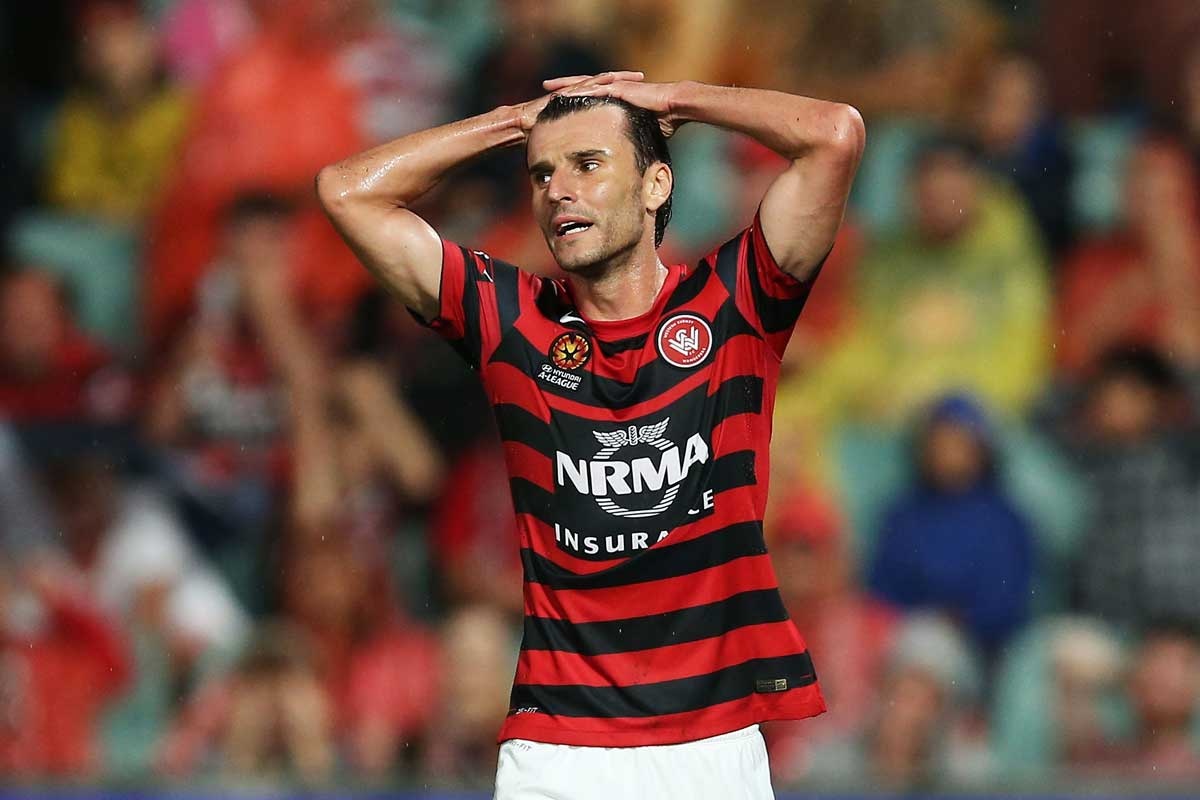 Less than five weeks ago, they were Australia’s heroes.

The Western Sydney Wanderers were lauded across the nation for their fantastic AFC Champions League triumph. Continually pitted against sides with far bigger budgets, the Wanderers – less than three years old – kept finding a way to progress through the competition.

And while they received their fair share of luck in the second leg of the final, which ended goalless to give them a 1-0 aggregate win, Western Sydney’s effort to beat oil-rich Al Hilal should not be taken for granted. It was immense.

So what exactly is going on with Western Sydney in the A-League?

They are winless after eight matches, having picked up just three points. That leaves them bottom – below Newcastle Jets, Melbourne City and the Central Coast Mariners, who have all done their best to stink it up this season.

Western Sydney lost their first four matches of the campaign – two leading up to the Champions League showpiece and two after – and it should be said, those losses came against four of the competition’s top five sides. They were also all away fixtures.

Asian exertions were blamed and there was very little, if any, pressure put on the Wanderers. They’ll bounce back, we all thought.

Four home matches in a row were meant to give us a real idea about Tony Popovic’s side. So what have we learnt? Not much, other than a consistent failure to take your chances costs you. And that the pressure is on them now.

The clashes against Central Coast and Newcastle looked particularly winnable, but both ended in frustrating draws, while Sydney FC also claimed a point on their visit to Pirtek Stadium.

It made Wednesday’s home clash against Brisbane Roar all the more important, but again the Wanderers huffed and puffed for little result, as the visitors won 1-0.

The only positive was the crowd. Australia simply doesn’t do midweek football – yet more than 10,000 still turned out in shocking weather for their fourth home match in a fortnight. And as they always do at Western Sydney, they made themselves heard.

Those fans will be clear on how important other avenues to goal – bar the excellent Tomi Juric – are, though. The Wanderers have scored just twice in those four home matches, both netted by Juric, and only three of their players have scored in the A-League this season.

Juric was absent on Wednesday due to hamstring tightness, and watched on from the stands as his team-mates failed to convert their possession into meaningful attacks.

Brisbane were happy to sit back on their lead, obtained through Henrique’s fifth-minute penalty, and the Wanderers only looked like breaking them down when substitute Nikita Rukavytsya used his blistering pace and ran at the Roar defence.

Just like they have been able to do in recent weeks, the Wanderers were able to bemoan luck again – Rukavytsya smashed a late effort into the crossbar.

But there comes a point when that starts becoming an excuse.

With Western Sydney’s season about to be interrupted again, this time by the FIFA Club World Cup in Morocco – which they depart for on Sunday, after a tricky trip to Adelaide United – maybe we have to re-evaluate our expectations on the Wanderers. Their squad simply does not look as good as last season’s.

The departures of Shinji Ono, Aaron Mooy and Youssouf Hersi have clearly robbed them of creativity, and while new arrival Romeo Castelen has looked good, another signing – Brazilian Vitor Saba – has not made much of an initial impression.

There have been signs of Western Sydney’s best. Take their excellent first half against Sydney FC on Saturday for example, when Castelen, Rukavytsya, Mark Bridge and Juric were all on song – but it has been too fleeting this season.

Despite rarely playing their best football, the Wanderers should feature in the post-season.

Of the 10 A-League sides, six make finals – a system that rewards mediocrity – and that means they are likely to be there, but significant improvement is necessary if they are to make any inroads.

Perhaps it is a question of motivation? Have Western Sydney’s players taken their eye off the ball and been dreaming of a potential clash against Real Madrid in Morocco instead of working hard? Under Popovic, it’s unlikely.

Football’s sacking culture is often ugly and Brisbane Roar’s treatment of ex-coach Mike Mulvey last month was particularly disappointing. Football fans are rarely surprised by manager dismissals, given the nature of the game, but it would be ridiculous to suggest Popovic is under pressure.

Popovic – named AFC coach of the year earlier this week – has overcome plenty of challenges in his short but outstanding managerial career. And this one looms as one of his biggest.