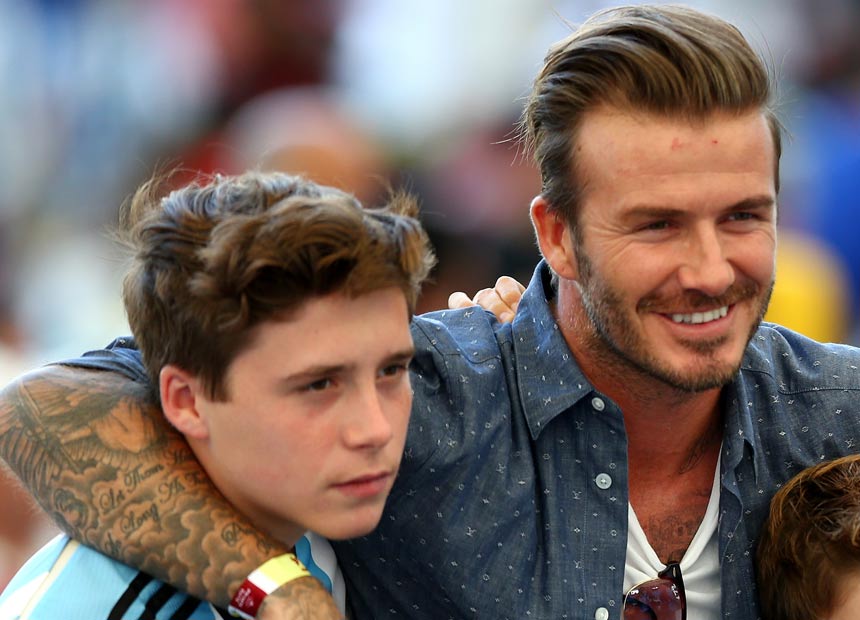 British soccer star David Beckham and his 15-year-old son Brooklyn have been left ‘shaken’ after being involved in a minor car crash on Saturday.

The incident occurred outside Arsenal’s training ground in Hertfordshire where Brooklyn has been playing for the under-16 soccer side on a short-term contract.

The 39-year-old’s Audi RS6 was reportedly involved in a collision with another car but Beckham and his son were saved by the deployment of the car’s airbags.

Two passengers in the other vehicle were also unharmed.

The former England captain was spotted clutching his shoulder before the pair were quickly ushered away from the scene to prevent onlookers from grabbing a photo.

Brooklyn had just finished playing a game against Brighton’s under-16 side when Beckham collected him.

“Weird to play against Brooklyn Beckham earlier,” Brighton under-16 player Thomas Cadman tweeted. “Even weirder to be currently stuck behind David Beckham as he has crashed his car …”