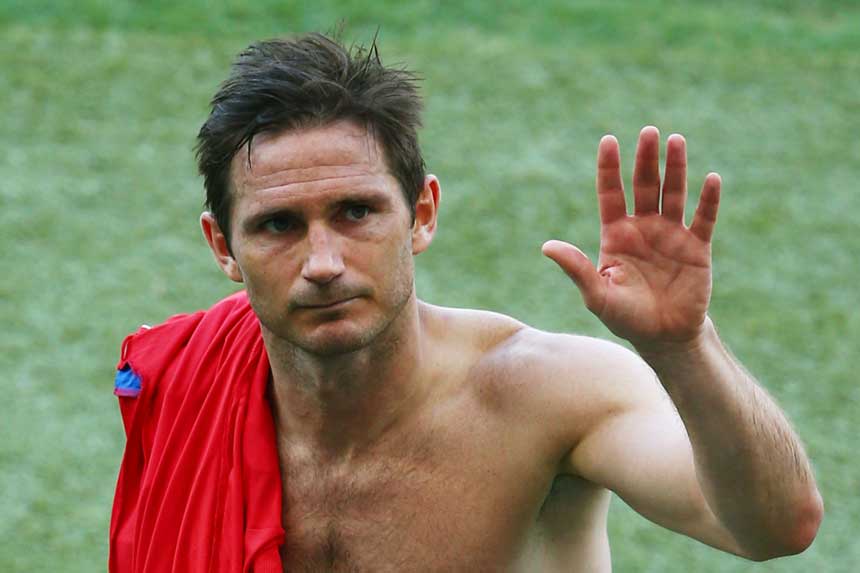 England midfielder Frank Lampard has announced his retirement from international football after a career spanning 15 years.

The 36-year-old’s 106th and final cap for his country came on June 23 when he captained England in their final World Cup game against Costa Rica.

Lampard said in a statement released by his management company: “I have taken the decision to retire from international football.

“It has been a very tough decision for me to make which is why I have given it so much thought since the World Cup.”

He agreed a loan move with Manchester City on August 2 until the new MLS season.

In his statement Lampard said he had been “proud and honoured” and enjoyed “every minute” of wearing an England shirt.

He added: “Due to my club career now going in a different direction it is of utmost importance for me to consider my family first.

“Also, to concentrate on how I can perform consistently to the best of my abilities over my next few years in club football.

“It is now the time to move forward and I feel very confident that, with Roy Hodgson in charge, the young players that we have coming through and the changes that are being made throughout the development of the youth system in this country, we will have success in the future and a team that this country deserves.”

A representative of the youth teams up to under-21 level, the West Ham midfielder made his first appearance for the senior side in October 1999, starting the 2-1 win over Belgium at the Stadium of Light.

It took a further four years and 11 matches for him to finally score, with that effort against Croatia at Portman Road the first of 29 he would go on to score for his country.

Lampard’s best performances in an England shirt came a decade ago in Portugal, where he netted three goals in England’s run to the European Championship quarter-finals.

He earned a place in the Euro 2004 team of the tournament and that form continued in qualifying for the 2006 World Cup, notching five goals as England topped Group 6.

Lampard’s 80th-minute goal against Poland securing qualification by a single point was a high point from which things soon began to go awry.

Voted England Player of the Year by fans in 2004 and 2005, he went on to miss a spot-kick as England crashed out to Portugal at the quarter-final stage of the 2006 finals in Germany.

That devastating experience was compounded when, just two years after being lauded as England’s best player, he was jeered by England supporters when he came on 20 minutes from the end of a 3-0 Euro 2008 qualifying win over Estonia.