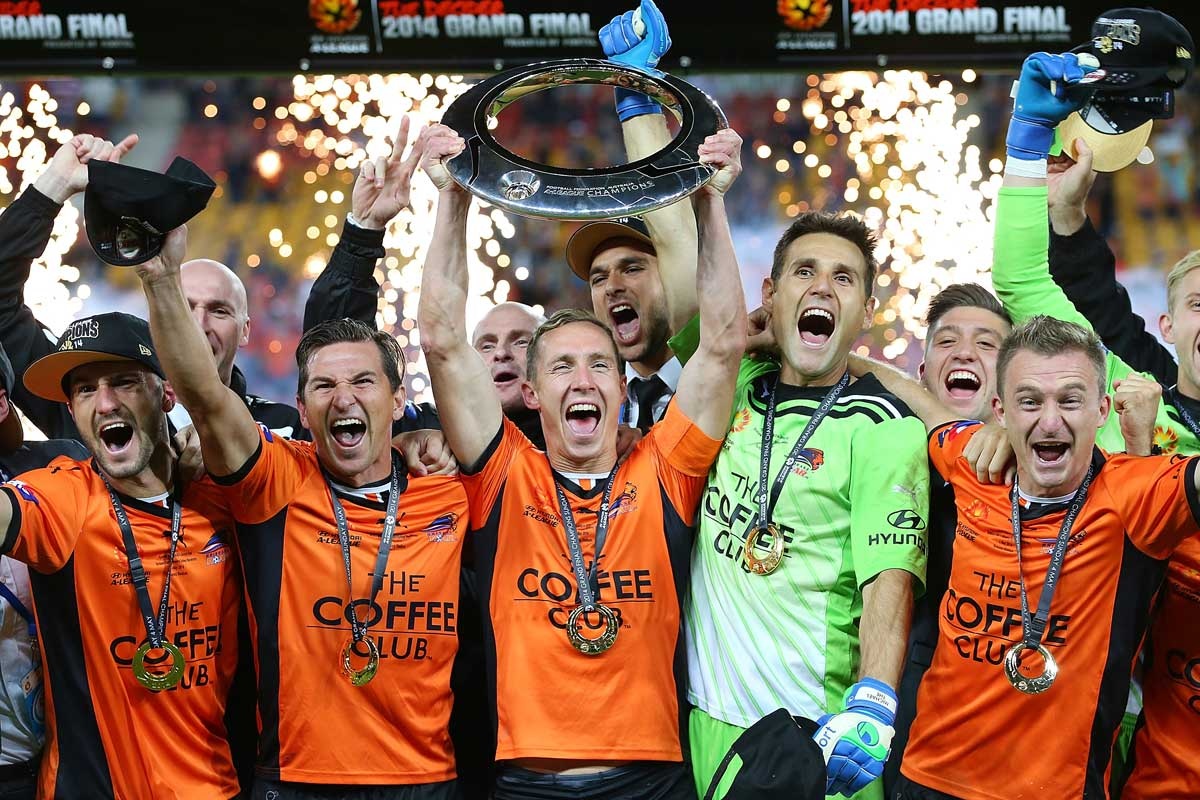 The A-League Grand Final showed why the world loves football. It had drama, heartbreak, genius, ecstasy, agony – and a slice of history.

Mike Mulvey’s Brisbane Roar became the most successful team in the league’s history, the men in orange winning their third Grand Final in four years by beating the Western Sydney Wanderers 2-1 at Suncorp Stadium.

Substitute Henrique scored the winner in the second period of extra time after the game was locked at 1-1 after 90 minutes.

It was the second consecutive Grand Final disappointment for Tony Popovic’s Wanderers after their loss in last year’s decider to the Central Coast Mariners.

The first half of this Grand Final was football Cold War style.

It was an ideological arm wrestle between Brisbane Roar’s flow-and-go, play out of the back and let the rhythm hit ’em philosophy, and the Wanderers’ strangle, stifle and strike on the counter approach.

For the first 45 minutes the contest was lost in no man’s land, but when Wanderers defender Matthew Spiranovic stole in on Shinji Ono’s corner kick to nod the ball home at the near post on 56 minutes, the game burst into life.

The Roar, sensing their legacy threatened, created numerous chances before Besart Berisha latched on to a ball from Johnny Warren Medallist Thomas Broich in the 86th minute and beat Ante Covic with a well taken header.

The game went into extra time and Henrique’s goal sealed the Wanderers’ fate, ensuring this Brisbane Roar team’s place among the legends.

History doesn’t just happen though. It is made.

This Brisbane Roar triumph was forged in the fires of the disappointment at Ange Postecoglou’s departure from the club in 2012 after back-to-back triumphs.

Mike Mulvey inherited a team in mourning after Rado Vidosic’s brief, unhappy tenure and set about reinstalling its self-belief.

The Roar, who had set new standards for the game in Australia during Postecoglou’s reign, had lost the joy of playing. 18 months later, on the games biggest stage, its love affair with football was once again in full bloom.

In Thomas Broich it has an artist in residence. When his team started to flag after falling behind it was Broich’s energy and ingenuity that restored their faith. His football is simply the best we’ve seen from an import, and he has enriched the game in ways we may not realise until well after he’s gone.

And then there is Besart Berisha.

The Albanian is leaving the Roar for Melbourne Victory with a peerless goal scoring record (48 goals in 76 games).

Berisha plays on the edge and ofter over it, but that late equalizer proves why he’s worth the drama.

For Tony Popovic and the Wanderers, defeat will be bitter but there is no time to wallow in self-pity.

Immediately after the presentation Popovic had his players in front of the whiteboard for a post mortem, preparing them for their trip to Japan. They must shake off the disappointment and ready themselves for their Asian Champions League round of 16 match against Sanfrecce Hiroshima on Tuesday.

Football stands still for no one.

Just for now, though, Brisbane Roar feel like they are standing on top of the world.