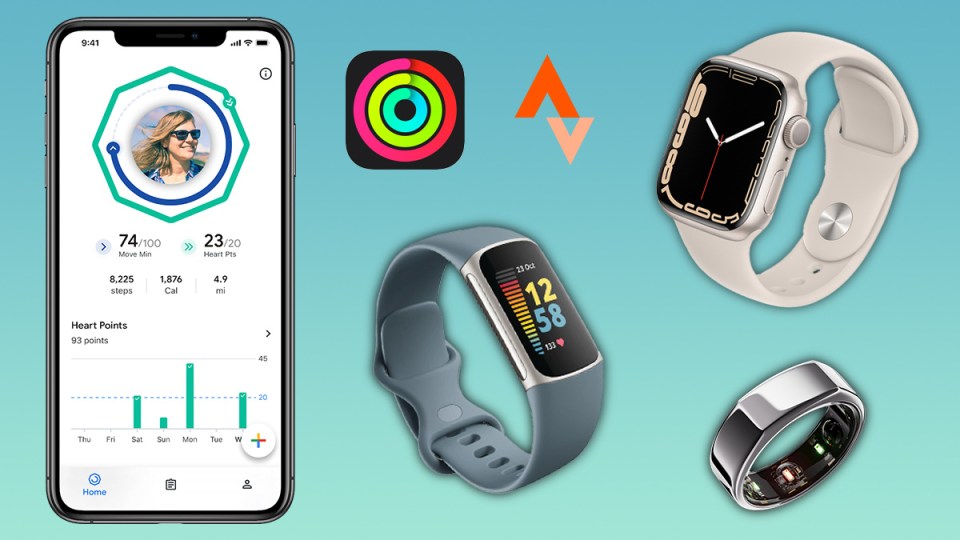 One survey found 58 per cent of Australians are monitoring their health via wearables. Photo: TND

With every passing year comes a new generation of slick wearable fitness trackers from the likes of Apple, Samsung, Garmin and Fitbit.

Business is booming and it’s safe to say these wearables have become quite the trend.

In fact, an Australian survey from December found more than half of respondents (58 per cent) said they were monitoring their fitness using a smartphone, smartwatch or fitness band.

The same survey found counting steps was the most popular feature of fitness wearables (45 per cent), followed by measuring heart rate (29 per cent) and monitoring sleep patterns (25 per cent).

Fitness and smartwatch use was highest in the 24 to 35 age bracket, but older generations saw the most growth.

How accurate are they?

Heart-rate measure was not as consistent as the step count feature but of the bunch, Apple Watch and Garmin were the most accurate.

No brands were on target in terms of energy expenditure, according to the study.

Professor Carol Maher specialises in population and digital health at the University of South Australia.

But when it comes to measuring blood pressure, she has her doubts.

“Thinking about it logically, it’s dubious whether a watch can accurately measure blood pressure, especially if you think about how blood pressure is normally measured with a cuff [around your arm] constricting the blood flow,” she said.

The brands producing these features may have conducted their own studies, but results are not publicly available and Professor Maher said the independent research data is just not there.

It’s also worth noting that results may vary between models.

For example, measuring minutes of exercise can return different results.

Professor Maher explained this depends on the individual device and where it draws the line between what counts as a minute of exercise.

“If your exercise is not quite vigorous enough or if you start and stop walking, you might not meet the threshold of what your device counts as exercise,” she said.

Rings, watches and apps – oh my!

There are an overwhelming number of wearables on the market.

The buzz is currently around Ōura and its titular smart ring, best known for tracking sleep and heart rate.

But a smart ring means the accompanying app isn’t optional.

In one survey co-authored by Professor Maher, slightly more participants said they valued real-time feedback (89 per cent) more than long-term monitoring (78 per cent).

Devices that come with a screen, like a smartwatch, allow for real-time feedback.

There are currently far more watches and bands on the market than rings.

According to the Australian Institute of Fitness, people favour Apple watches for weight loss and user-friendliness, while Garmin is the preferred choice for improving overall fitness and running performance.

And then there are the popular fitness apps on the market that you can use with or without a wearable.

But they do come with a hitch.

“It’s hard to put all apps in one basket because they can vary hugely, but unless someone is planning on carrying their phone with them all the time then step-counting apps have significant drawbacks,” Professor Maher said.

There’s a lot of incidental activity where you leave your phone on a table, so it can miss a lot.

However, some fitness apps are beneficial for tracking meals, exercise sessions or a long walk or run.

Ultimately, choosing the right fitness tracker comes down to what your goal is and how the wearable can help you achieve that.

“These days, there’s such a blurring of fitness trackers with smartwatches and phone functionality, so think about what combination of features is most useful for you,” Professor Maher said.

She encouraged people to think about what their priorities are.

Fitness trackers are trending big time, so is it time to jump on the bandwagon?