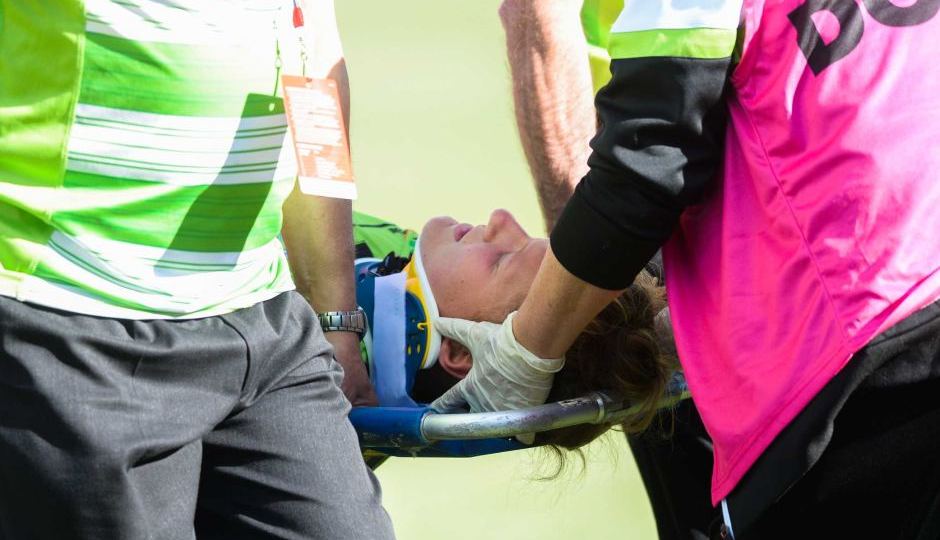 Most of Australia’s elite female sporting codes are in a phase of unprecedented growth.

Next year, Cricket Australia is hoping to sell out the Melbourne Cricket Ground for the final of the ICC women’s T20 World Cup.

Ten years prior, a few thousand turned out to watch England play New Zealand in the decider of the last women’s World Cup the country hosted, at North Sydney Oval. Tickets were free.

While there are many benefits of the boom spanning sports such as Australian rules, rugby league, rugby union and soccer, more women than ever before are dealing with one of sport’s most sensitive subjects: concussion.

Now, some of the earliest data available is adding further weight to a theory that, until now, has only been cautiously discussed: that concussion affects women differently to men.

“There is data emerging to suggest that in gender-similar sports, females show twice the incidence of concussion as males,” said Jen McCloy, the co-founder of SidelinesDr, which manages Australia’s first centralised database for concussion statistics.

“Early data is also suggesting a discrepancy between how long female concussion symptoms persist, as opposed to male concussion.”

Ms McCloy told the ABC there are a number of interesting trends emerging in the database, which helps sporting clubs with injury management.

On average, women take one to two days longer to recover from sports-related concussion,” she said.

“In addition, females perform significantly worse than males across all neurocognitive measures and symptoms post-concussion.”

Ms McCloy acknowledged a number of factors could be at play in these results.

“It is important to consider the social bias around that: females are often more comprehensive around their symptom reporting,” she said.

The database, which Ms McCloy started with Dr Alice Pearlman, counts a handful of elite and amateur sporting clubs among its early adopters, including the New South Wales Waratahs.

Rowena Mobbs, a neurologist with the Australian Sports Brain Bank at the Royal Prince Alfred Hospital (in partnership with the University of Sydney), said female concussion is a complex issue that needs more research.

“It is a very intriguing question as to why women are appearing to show a higher rate of concussion, a higher risk for it and a more prolonged recovery,” Dr Mobbs said.

“Whilst intuitively one might think there are biomechanical or anatomical differences, such as head circumference or neck circumference and the strength of those muscles, that may not be the whole picture.

“Women do have a higher rate of migraine and that can really affect the brain in lots of different ways.”

“What we have seen from the data collected for the last two or three years, our female players seem to be converting head injuries to concussions more readily,” said Kountouris.

“One in two or three head impacts become a concussion in our female players but with our male players [it’s] about one in five.”

CA is continually evolving its concussion management policy, which is currently in place from grassroots to the elite level.

Earlier this year, Canberra United defender Natasha Prior made the decision to retire from soccer at the age of 21 after suffering her fifth concussion in less than six years.

The final straw was a trip to hospital after an elbow to the head during a W-League match in December, 2018.

I didn’t really want to have dementia at the age of 30,” Prior said.

“It’s been a hard journey.”

Prior, who is now pursuing a career in the finance industry, says every concussion — regardless of gender — should be treated differently.

“There is not one solution for every concussion,” she said.

“It is kind of like a slow deterioration of your mental state towards the end concussion, where you are left with the longer-lasting symptoms.”

The pressure placed on female athletes to return can often be more significant than their male counterparts, given Australia’s elite women’s codes often have shorter seasons.

A two-week stint on the sidelines for an elite female player, for example, will naturally account for a greater percentage of the entire season.

“Even if they don’t say it, I feel like there’s an implied pressure,” Prior said.

Dr Mobbs said it is critical athletes are granted the appropriate time to recover from a concussion.

“If they’ve had multiple concussions, we know that could be more severe for a patient and it can greatly impact their work, their relationships and their whole social functioning.”

Dr Mobbs said there are some sports high on her research list.

We need to look closely at the football codes, but also jockeys and the classic boxers, who of course have quite a number of concussions through their career very typically,” she said

“The sports are all very different, in a way, although they might have contact as a shared feature.”

In February 2019, the Australian Institute of Sport released an updated set of concussion guidelines to improve player safety and address rising concerns in the community.

It came amid speculation around the potential link between concussion and chronic traumatic encephalopathy (CTE), which has been known to lead to dementia and behavioural problems.

Leading with the tagline “if in doubt, sit them out”, it referenced female gender as one of the key factors that can be associated with prolonged recovery.

Ms McCloy hoped the data being collected by SidelinesDr will aid future concussion guidelines and treatment procedures, to the point where they become highly customised.

“At the moment they have a blanket concussion policy that doesn’t take into account the types of players on the field,” she said.

“[Currently] there are huge differences between the way concussions are managed between the elite, the sub-elite and the amateur level.

“We are continuing to monitor these trends as they emerge.”