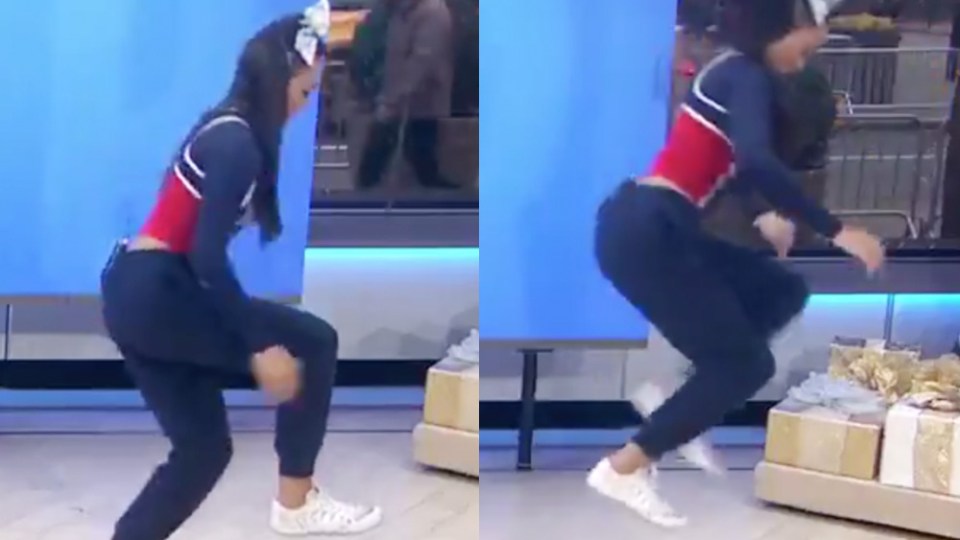 A social media challenge that involves pretending to step on and over an imaginary box makes for entertaining online viewing. But experts say it’s also a great indicator of strength and coordination.

The ‘invisible box challenge’ first came to public attention in August when a US football player posted an online video of himself performing the challenge.

But a more recent video posted by a cheerleader has brought it back into the public consciousness.

But while the spectacle is an entertaining one, the ability to do the invisible box challenge takes more than just self-confidence and a penchant for performance.

The real challenge lies in keeping your box leg stationary, while you leap over the imaginary obstacle.

“It’s pretty leg-dominant, but you also need a bit of coordination and balance,” Mr Nayna explains.

“Dancers and people who do things like parkour will be really good at it because it’s more about coordination than strength.”

Mr Naya concedes the risk of injury is present – “you could twist your ankle or land on your knee incorrectly” – but says there are a few easy ways to increase your chance of pulling it off.

“You can absolutely develop your balance – it’s all about that mind-muscle connection and consolidating the neural pathways so you can execute things with more precision,” he explains.

Many athletes are at a distinct advantage, thanks to a phenomenon known as proprioception – a sense of subconscious awareness about where you body is in space.

Having a strong sense of proprioception results in excellent balance and coordination and while everyone possesses it to some degree, professional athletes have honed theirs as a result of their training.

But according to Dr Jordan Smith, lecturer in physical activity and nutrition at the University of Newcastle, one particular group has the leg up (pun intended) on the rest of us.

“Dancers would be better than most and particularly hip-hop dancers, they do this sort of stuff all the time,” Dr Smith says.

“It’s the ability to move multiple body parts independently. There’s not much strength involved, but rather it’s the coordination aspect that makes it look cool.”

Dr Smith says those used to making their body move in unusual ways would find the challenge easy.

“The more you do certain higher-level physical skills, the easier it is to do ones you’ve never tried before,” he explains.

“It is really nothing special,” he told Men’s Health. “I just imagined that there was a box and stepped on it.”