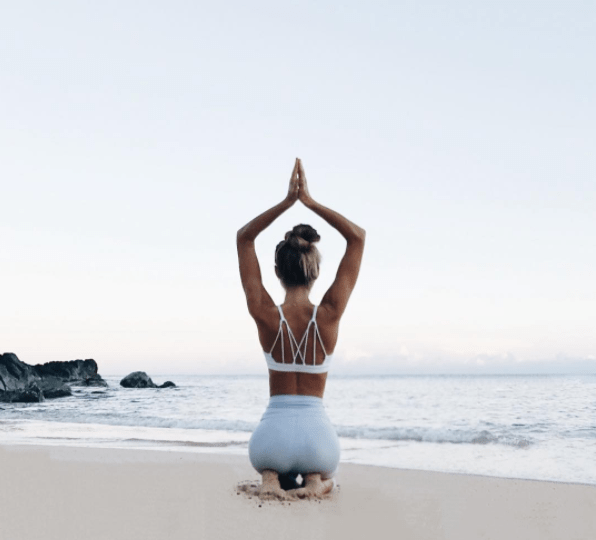 The key to enjoying yoga is picking the right style for you – and there are plenty. Photo: Instagram/Sjana Elise

There aren’t many better feelings than surrendering on your yoga mat at the end of a tendon-stretching, mind-bending yoga class.

If you’ve never tried yoga, the physical and mental overhaul achieved in 90 minutes or less may be the perfect way to get fit and switch off at the same time.

Put simply, yoga is a mediation technique that can boost your overall wellbeing and reduce symptoms of depression and anxiety, research shows.

“And, by focusing on the breath and meditation elements, you can reduce the hyperactivity of the fight and flight centre in your brain,” he told The New Daily.

How to choose the right yoga class

Yoga, meaning union, can be practiced in multiple forms.

But it’s knowing which is right for you that can make – or break – your experience.

Dr Buchanan suggested shopping around until you find the right type of practice, and instructor, to match your needs.

Often considered a gentle form of yoga, Hatha is practiced at a slower pace where you hold each physical posture for a few breaths. This can be an ideal introduction to yoga practice for beginners.

Bikram yoga is practiced for 90 minutes and includes 26 postures and two breathing exercises. The room is heated to 37 degrees, making for a strenuous routine.

Bikram is designed to provide a range of therapeutic benefits including improved circulation and heart health, and even more vibrant looking skin.

This type of yoga follows six series of sequenced postures, performed in the same order each time.

Ashtanga is a strong and challenging yoga style, which builds internal heat and improves strength, endurance and flexibility, while ridding your body of toxins and emotional blocks.

“This type of yoga might be a good place to start for those seeking relaxation.”

Set at a much faster pace, Vinyasa yoga moves through the postures quickly and often to music.

The continuous movement makes for a dance-like practice, which is sure to lift your heart rate leaving you feeling energised.

While females aged between 15 and 34 are most likely to participate in a yoga class in Australia, there has been a surge in others taking up the practice.

Professional male athletes such as soccer star David Beckham, Geelong backman Harry Taylor and tennis ace Andy Murray have all spoken about the benefits of yoga on their match day performance.

And, male-only yoga classes, such as Broga, are more popular than ever.

Like any form of exercise, though, mediation techniques including yoga do not provide a quick fix to your overall wellbeing. Nor is it for everyone.

In fact, Dr Buchanan advised the focus of turning inward and withdrawing from the senses can be anxiety-provoking for some people.

Speak to your yoga instructor about what you can expect from your practice.

Why you should get into yoga and enjoy its wonderful benefits