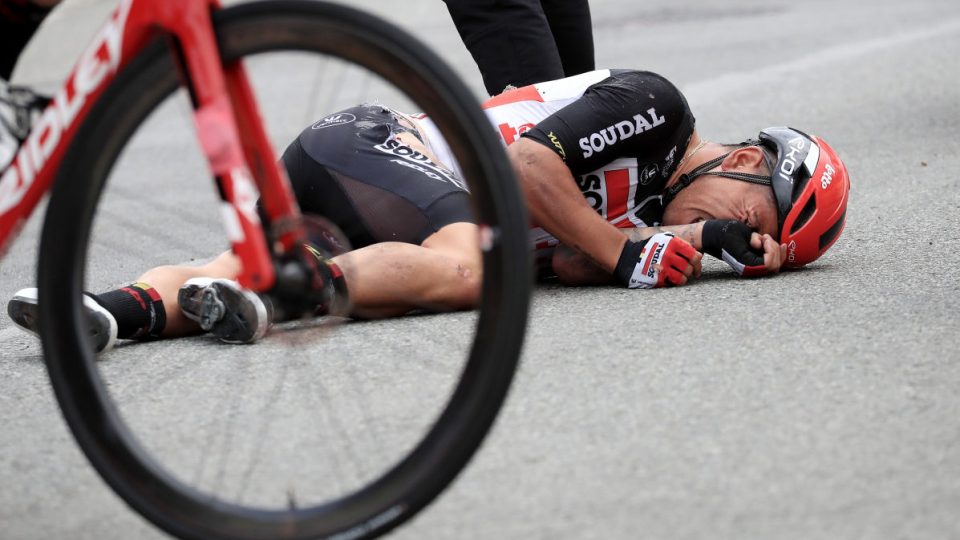 Caleb Ewan has pulled out of the Commonwealth Games, dealing a major blow to Australia’s hopes of a gold medal sweep in road cycling.

The sprint ace had surgery on July 25, the day after he finished the Tour de France, to remove a surgical plate from his collarbone and he will not be ready for Sunday’s road race.

Apart from losing their main gold medal hope in the men’s road race, Australia will also be a rider down for the event.

Australia won all four road events at the last Commonwealth Games and is on track again after Grace Brown and Rohan Dennis took out Thursday’s time trials.

“I’m devastated that I won’t be able to represent Australia in the green and gold this weekend,” Ewan said in an AusCycling statement.

“But after talking with my doctors it’s clear that I need to make the difficult decision to prioritise my health.”

The plate was put in Ewan’s shoulder after he crashed out of last year’s Tour de France.

He struggled through the Tour last month and had the surgery because of ongoing shoulder issues.

Without Ewan, Australia will have to ride a smart tactical race and try to put a rider into a key break.

If it comes down to a bunch sprint, Australia probably lacks a fast man who can challenge stars such as the Isle Of Man’s Mark Cavendish.