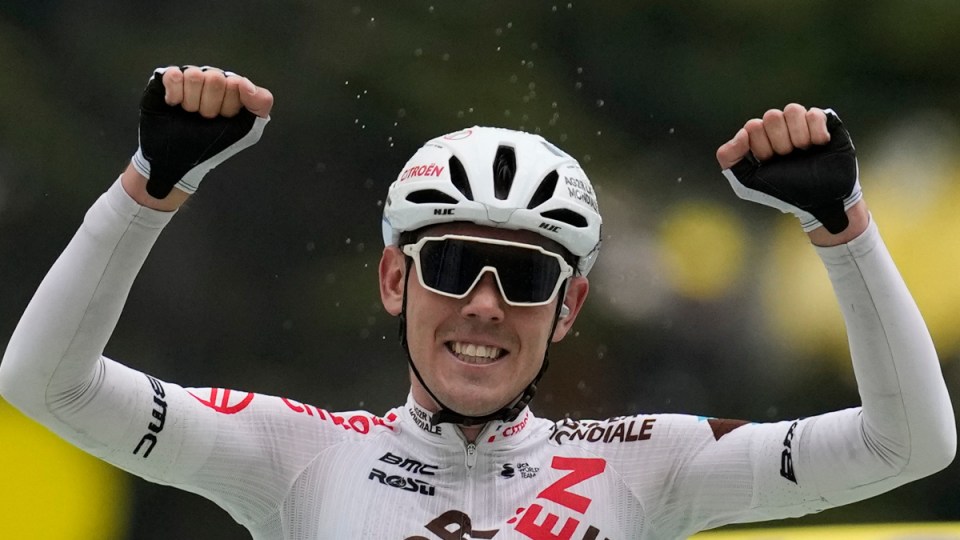 All of a sudden Australian Ben O’Connor is in Tour de France podium contention after sensationally winning stage nine, claiming the biggest victory of his professional career.

The 25-year-old Tour rookie moved to second overall in the general classification after eventually finishing the gruelling 145km stage from Cluses to Tignes in the northern Alps more than five minutes ahead of Italian Mattia Cattaneo.

The West Australian of the AG2R Citroen team is two minutes, 01 seconds behind defending champion Tadej Pogacar (UAE Team Emirates), who used a late attack to strengthen his advantage in the yellow jersey.

O’Connor was part of an early breakaway group before he raced away from Sergio Higuita still with 17km of the final climb up to Tignes left, eventually finishing ahead of Cattaneo (Deceuninck-Quick-Step) and fellow Italian Sonny Colbrelli (Bahrain Victorious).

“It is what you dream of. There is so much joy. I am just loving every single moment.”

It marks only the second time an Australian has won a Tour de France mountain stage after Simon Gerrans was victorious on stage 15 back in 2008.

Wake up Australia! Ben O’Connor is putting in a massive attack and has moved into @LeTour yellow jersey on the road!#sbstdf #couchpeloton #TDF2021 pic.twitter.com/0N5b6mYr6t

“I knew on a long day like this, I can always win at the end,” O’Connor said.

“It was just about making sure I didn’t panic.”

O’Connor briefly threatened to take yellow from Pogacar given the breakaway’s advantage that at one stage exceeded eight minutes but the Slovenian attacked 2km from the top to underline his clear status as the race’s dominant rider heading into Monday’s rest day.

Pogacar took sixth place on the stage to ensure a two minute buffer ahead of O’Connor with Colombian Rigoberto Uran the next closest challenger at third overall trailing the Slovenian by 5min:18sec.

Earlier, last year’s runner-up Primoz Roglic quit the Tour in the wake of a crash earlier in the week.

Slovenia’s Roglic suffered multiple bruises in a crash during the third stage and has struggled since then, losing 35 minutes on the winner in Saturday’s first stage in the Alps.

An exhausted Mathieu Van Der Poel, whose six-day spell in yellow ended on Saturday, also made the same decision as he brought his Tour debut to an end to prepare his bid to win Olympic gold in the mountain biking event at Tokyo.