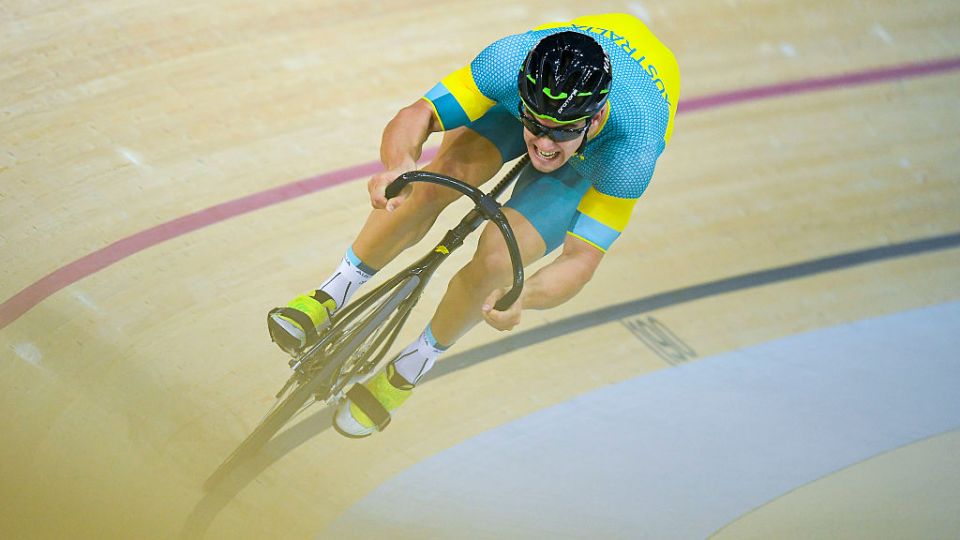 Matthew Glaetzer is pictured during a track cycling training session in Rio for the 2016 Olympics. Photo: Getty

Cyclist Matthew Glaetzer has bettered his stunning 1km time trial benchmark on the way to an 11th Australian title on day one of the track nationals in Brisbane.

The two-time Olympian clocked 59.970 seconds in November on his way to a World Cup victory in Manchester.

It was the fastest time recorded at sea level, but Glaetzer was confident of beating that in Thursday’s hot and humid conditions of the Anna Meares Velodrome.

A cooler-than-expected day prevailed, but Glaetzer was still good enough to defy that on Australia’s fastest track.

“It goes to show it’s not a perfect day but it’s still world record sort of conditions, so I was stoked with that,” he said

“Records are made to be broken and especially when it’s your record, you just want to keep bettering yourself.

“I love pushing myself and my coach Nick [Flyger] realised that I respond well to a challenge so we’re posting some pretty ambitious targets and getting close to achieving them.”

While not an overall world record – that mark stands at 56.303 courtesy of France’s Francois Pervis in the high altitude of Mexico – the performance consolidates Glaetzer as a red-hot favourite for the event at April’s Commonwealth Games.

The 25-year-old collected two fourth places in Rio and has his sights set on Tokyo 2020, with the Commonwealth Games an important stop on that journey.

But frustratingly for Glaetzer the 1km time trial – the scene of Shane Kelly’s infamous pulled foot at the 2006 Atlanta Games – it is no longer part of the Olympic itinerary.

“It’s such a purist event [the 1km time trial], just man verse the clock, I’d love it to be an Olympic event, unfortunately it’s not … but you can’t win them all,” he said.

“Possibly [I’ll drop it] once that’s finished I think I’ll move onto the Olympic events.

“I’m coming into a really important time of my career, I need to start ramping it up and setting some good times to have some success.”

Women’s and men’s team pursuit medals are also up for grabs on Thursday night, with South Australia and Victoria the fastest qualifiers respectively.