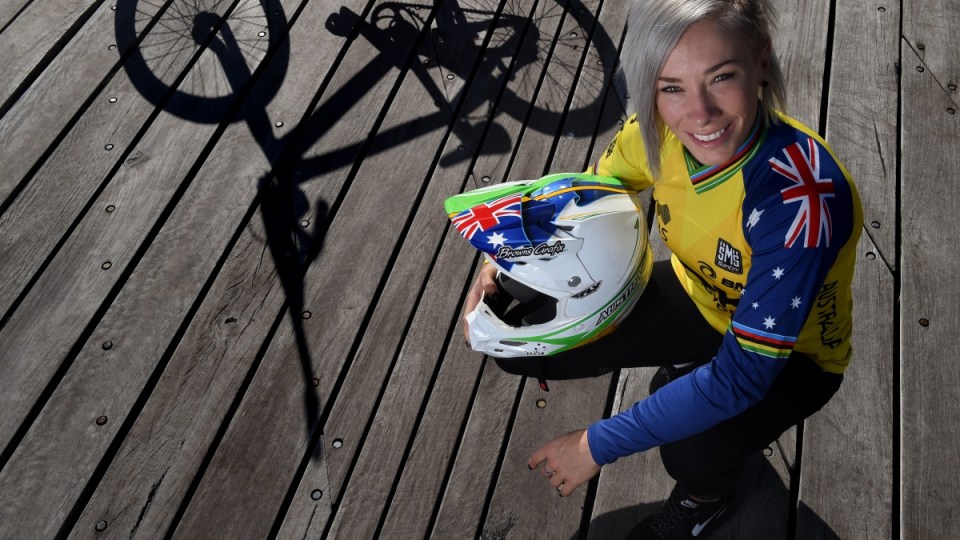 World cycling champion and Canberra woman Caroline Buchanan has been seriously injured in a car accident.

Buchanan detailed her injuries in an Instagram post with a photo of her lying in a hospital bed, wearing a neck brace and her face bloodied.

She said her lungs had collapsed and she had broken her sternum and nose.

“It’s been a rough couple of days in ICU after a vehicle roll. I just moved to a private room and everything is moving in a positive direction.” 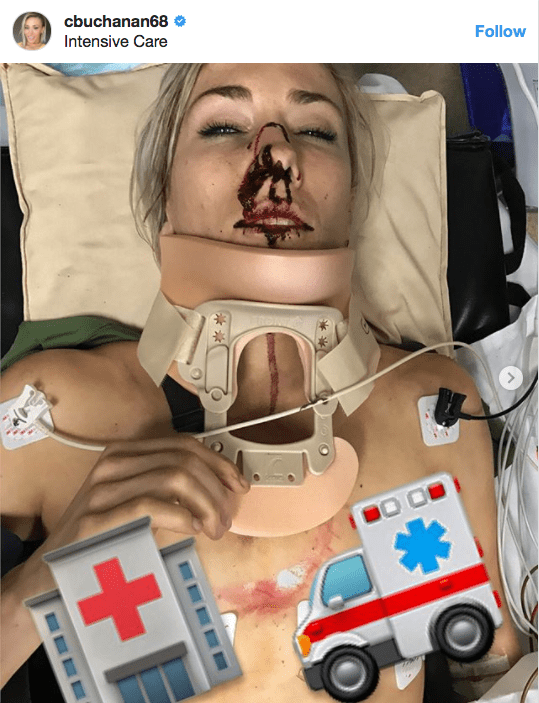 The 27-year-old cycling star had a successful 2017, having taken out second place at the BMX Championships in the USA in late July, just weeks before claiming a world title in the mountain bike four cross in Trentino, in Italy.

She returned to Canberra shortly after for a break from the track.