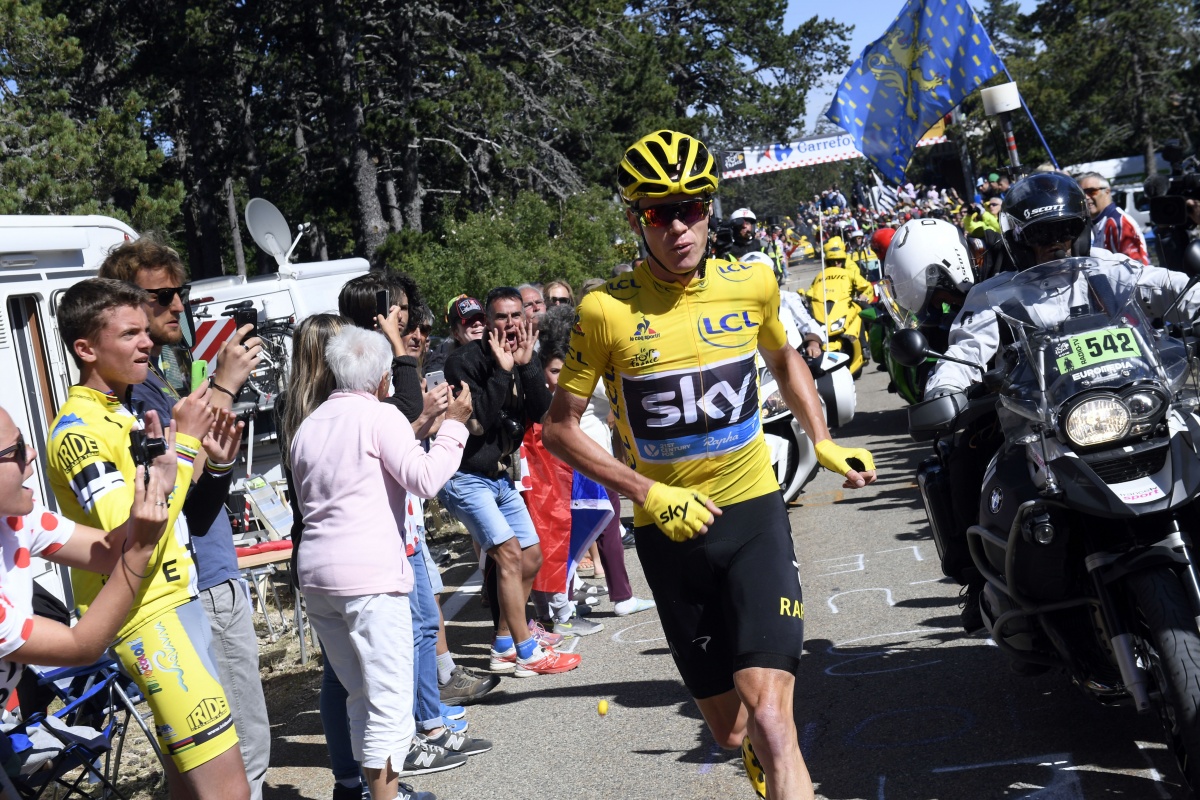 Perhaps it was Bastille Day, maybe just the inevitable drama of the iconic Mont Ventoux climb, but the Tour de France had a moment of extreme farce on Thursday.

After a crash between a motorbike and tour leader Chris Froome, Froome began running up Mont Ventoux without his bike.

Froome, Richie Porte and Bauke Mollema were racing together when the crash occurred less than 1km from the finish.

The TV motorbike was forced to stop suddenly because of crowds encroaching on the road, and Tasmanian Team BMC rider, Porte, had nowhere to go, ploughing into the vehicle.

Froome and Mollema followed, with Froome’s bike then hit by a motorbike following behind.

Froome was then forced to run up the road for some distance before being given a spare Team Sky bike on which he completed the 178km stage.

Froome lost more than a minute to his main rivals, only for the race jury to determine that he would be credited with the same time as the two riders he was with when the incident occurred and, therefore, retain the yellow jersey.

“Chris Froome and Richie Porte have been given the same time as Bauke Mollema due to the incident in the finale,” organisers said in a statement.

The incident has added to the safety concerns surrounding the famous cycle race, and the proximity of fans and motorbikes to the riders on narrow roads.

The incident prompted Porte to call for greater control on roadside crowds.

“Things have got to change and I can’t believe there weren’t barriers there.”

No bike? No worries: Froome takes to his heels