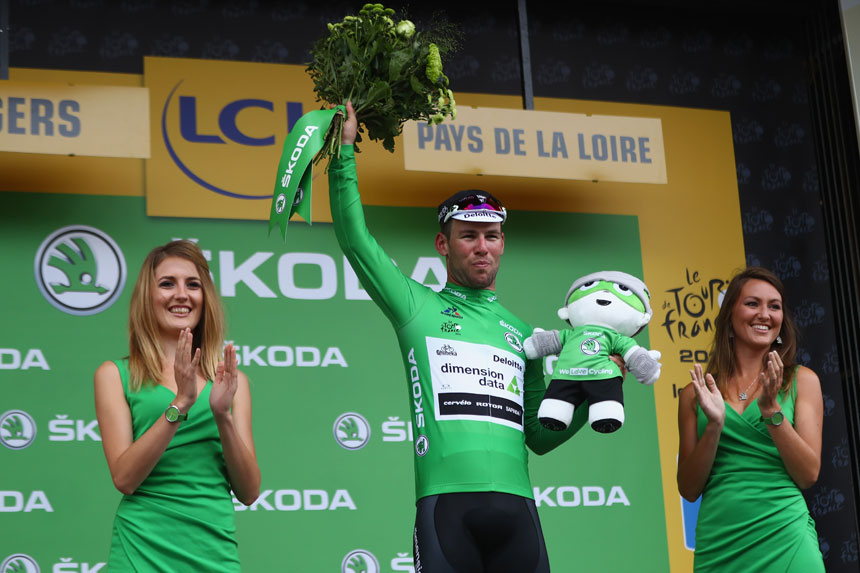 Mark Cavendish has edged out Andre Greipel by a hair’s breadth to win the third stage of the Tour de France.

Cavendish gritted his teeth and dug into his deepest reserves to deny Greipel on the line after a nail-biting sprint finish on the 223.5km stage from Granville to Angers.

After a pedestrian stage that took just six seconds under six hours, there was a frantic finish on the slight incline to the line.

Greipel seemed to have victory in his grasp but Cavendish refused to be beaten and took the win by the slimmest of margins.

In so doing he earnt his 28th Tour stage win to match France great Bernard Hinault in second place on the all time list behind Belgian legend Eddy Merckx on 34.

Greipel even raised his arm in celebration after crossing the line while Cavendish faced a nervous wait of several minutes before being confirmed as winner.

It also confirmed Cavendish’s return to form after playing second fiddle to German pair Marcel Kittel and Greipel over the previous three years at the Tour.

Kittel, the top sprinter in the world in 2013 and 2014 by some distance, finished a disappointing seventh.