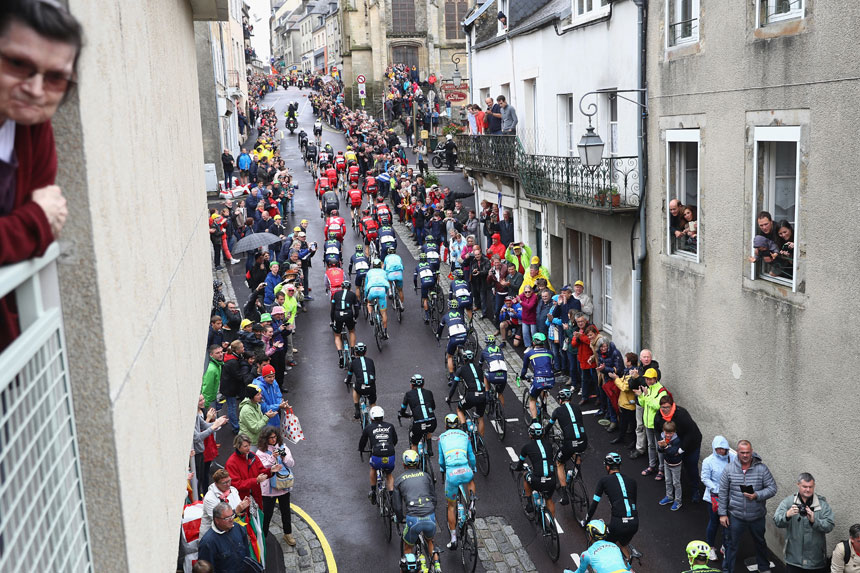 Australian Richie Porte lost time on the second stage of the Tour de France after suffering a puncture in the finale.

Meanwhile, Spaniard Alberto Contador’s Tour chances took another knock on Sunday as he too lost time to the big favourites, crashing for the second time in as many days during the second stage won by his team mate and world champion Peter Sagan.

“It’s sad for Alberto but last year he won the Giro (d’Italia) despite a crash so I still believe in him.”

Contador, who fell off his bike 60km into the 183km ride from Saint Lo, crossed the finish line 48 seconds behind Sagan and the other top guns, coming in behind Porte (BMC).

“The team worked well, it’s great to wear the yellow jersey. I’m a bit sad for Alberto but he is alright. He is strong,” said Sagan.

Porte, another podium contender, suffered a puncture in the finale and lost 1:45.

Belgian Jasper Stuyven thought he had the stage in the bag after attacking his breakaway companions with 8.5km left but he was caught 450 metres from the line as the stage favourites launched their effort.

Contador, Tour winner in 2007 and 2009, hit the deck again on a slippery road as part of a pile-up also involving Frenchman Warren Barguil, German Tony Martin and Spain’s Joaquim Rodriguez.

After changing his bike, Contador was brought back into the bunch by several team mates but he could not follow the best.