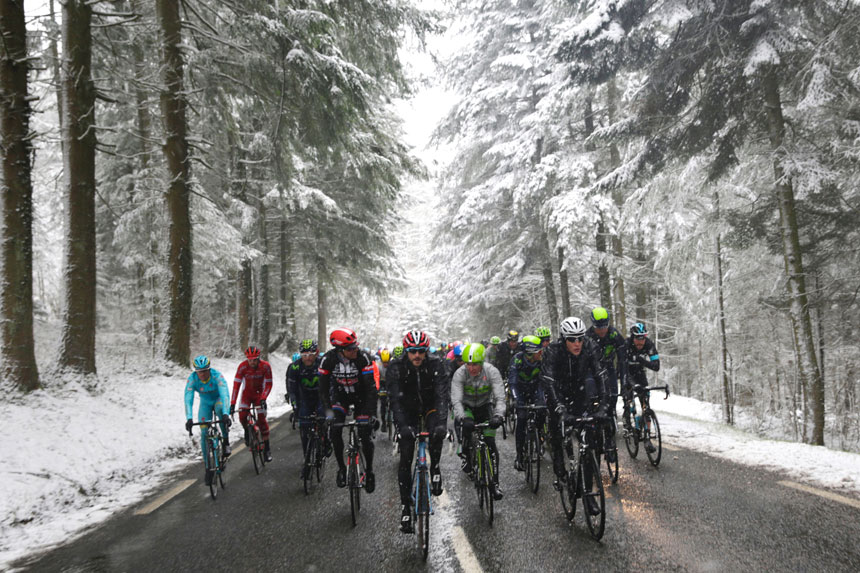 It’s a great way to exercise, unwind and see the world.

I also loved watching it. I’ve travelled all over Europe, visiting some of the most iconic places in the sport, from the cobbles of Flanders to the velodrome in Roubaix.

• The AFL finally gives women what they want
• This could be one of sport’s great fairytales
• Is this the sign Nick Kyrgios is maturing?

Nothing quite compared to seeing the final day of the Tour de France, though.

The buzz of the city, the pageantry as the rides entered the Champs-Elysees and the celebration that followed are moments that I will never forget.

That’s why it makes me incredibly sad to say that I have, finally, lost complete faith in the sport.

I will not be watching the 2016 Tour de France, which starts on Saturday night (AEST), this year.

I just can’t. I won’t believe what I am watching.

For at least a decade, amid doping saga after saga, I have seen the sport through rose-tinted glasses.

I always thought it was a handful of bad eggs that were dragging cycling’s name through the mud by doping.

But the latest saga to hit the sport, surrounding ‘mechanical doping’, is the killer-blow for me.

What some riders have been doing is putting a motor – yes, a motor – inside their bike to make them faster.

It, like doping, is pure cheating, but I feel the outbreak of this is a fatal blow for a sport that just could not afford more scandals.

“The very future of cycling is hanging in the balance.”

Belgian rider Femke Van den Driessche was caught using a motor at the Under-23 World Championship in April, and banned for six years.

The International Cycling Union (UCI) said in a statement at the time that Van den Driessche used a motor “concealed along with a battery in the seat-tube. It was controlled by a Bluetooth switch installed underneath the handlebar type.”

The Tour de France are out to catch cheats at this year’s race, using thermal cameras and bike scanning.

If, as feared, the problem is widespread, it makes me ponder about how long this process has been going on for.

All those amazing results that I saw, often late at night in the depths of the Australian winter – were they legit?

Was I watching an incredible show of strength, a doped rider or someone with a motor inside their bike, turning it on and off strategically?

It’s just another question cycling fans have to ask themselves.

Sport is something to be enjoyed and often is an escape.

But what sort of escape is it if you constantly have to question what you are seeing?

Think about sports you follow. Your footy team or your cricket team. Do you second-guess everything that happens in those sports? Probably not.

I have had so many conversations over the years where I have defended cyclists.

I would always say how professional cyclists are the most tested athletes on the planet and that cycling was the only sport doing anything to clean itself up.

Looking back on those chats now, I can’t help but feel embarrassed.

It has taken years but cycling’s blatant cheating has finally taken away my enjoyment and passion.

Athletes are often pushing the boundaries to be successful but cycling is now a disgrace.

Normally I would have spent the last week or two researching the teams for this year’s Tour de France, picking the favourites and checking which Aussies were going to do us proud.

I haven’t even looked into it this year.

Until I can trust the results, I will not be supporting and defending a sport that continues to let me down.

Cycling has lost me. And I know I’m not the only one.

– Cameron Dorizzi was a cycling fanatic.