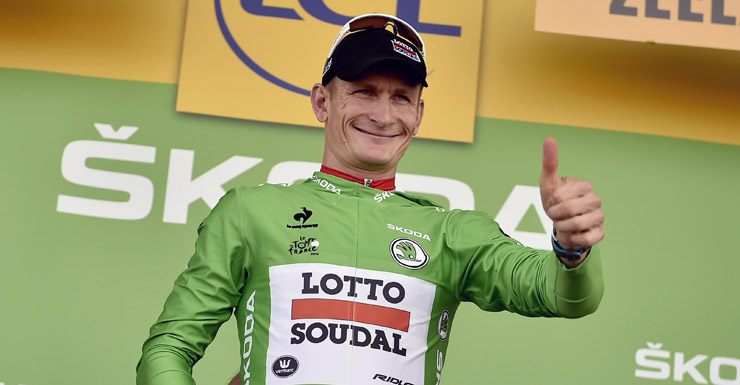 Reigning champion Vincenzo Nibali has complained of “bad luck” on Sunday after losing almost 90 seconds to his main rivals during the Tour de France.

The 30-year-old Sicilian was caught up in a crash about 50km from the end of the 166km second stage, from Utrecht to Zeeland, which was won by Andre Greipel.

The crash happened at a time when Etixx-Quick Step were driving the pace on the front of the peloton as heavy rain and crosswinds caused havoc.

Astana leader Nibali could not get back up to the lead group and lost one minute and 28 seconds on Chris Froome, the man he succeeded as Tour champion, and almost as much to two-time former winner Alberto Contador.

Only Colombian Nairo Quintana of the ‘fantastic four’ was also caught out and he remains 18 seconds behind Nibali in the overall standings.

“We were following [the pace-setters[ all day. I was behind [a crash] and I didn’t quite understand what was happening,” said Nibali, one of only six riders to win all three Grand Tours. ”

I managed to stay on my bike but I lost some ground there and to compound matters I also punctured [later].

“It was a question of bad luck, not my legs. That’s cycling, you also have to accept these things.”

Quintana also blamed chance on his being caught out.

“With the rain and the crashes we had a bit of bad luck and we lost a bit of time, but we hope to get that back day by day,” said the 25-year-old Colombian, the 2014 Giro d’Italia winner.

“But we managed to maintain the team and worked with Astana to avoid losing more time.”

Froome was grateful to teammates Ian Stannard and Geraint Thomas for keeping him out of the firing line and ensuring that he is now ahead of all his main rivals for the final victory.

On Twitter, he described his Sky team’s performance as “epic” while praising the “phenomenal” Stannard and Thomas.

“It was great to be up there with G [Thomas] and Yogi [Stannard] at the end. They did a great job in keeping me protected,” Froome said.

“This is their playground and the classics style of racing is what they were born to do.

“This is a huge advantage for us now. We’re two days down and I couldn’t have hoped for much more at this point in the race.”

Welshman Thomas is actually ahead of Froome in the standings at fifth overall and 35 seconds behind Cancellara.

Swiss 35-year-old Cancellara took the yellow jersey thanks to taking four bonus seconds by coming third on the stage which put him ahead of Germany’s Tony Martin by three seconds.