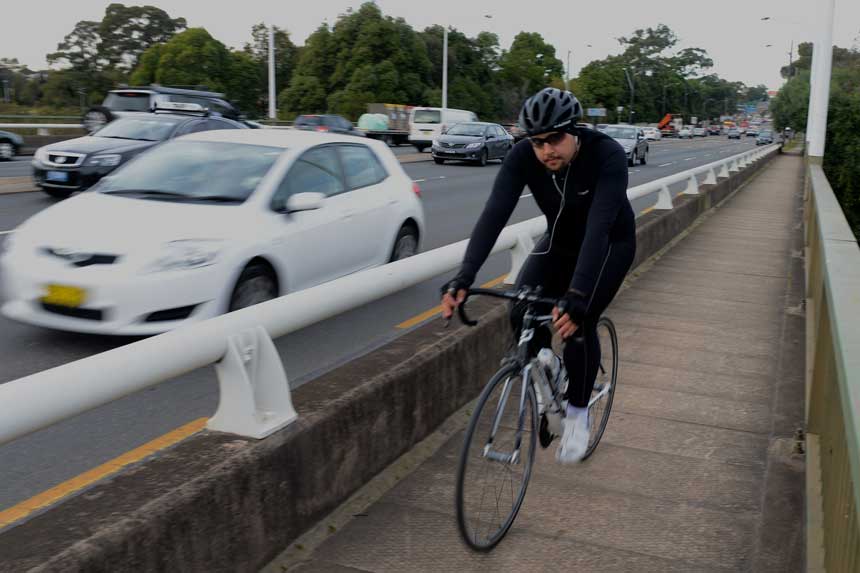 I used to say, half joking, that Australia is 30 years behind the developed world in terms of the infrastructure needed for world-class transportation, in particular bicycle infrastructure.

But the recent and absolutely absurd attacks on cycling through registration and licensing proposals, plus attempts to rip up existing bicycle lanes throughout Sydney, makes me wonder exactly who the joke is on.

And how far back in time does Australia want to regress?

• How politicians have failed the average cyclist
• Dear fellow riders, we actually do own the road
• The must-haves for your winter cycling commute

Actually, every person who is NOT driving a private passenger vehicle is doing you a huge favour and you should treat them that way.

Think about this fact for a second: every single person who is not in a car is making your life easier, whether they are riding a bike, walking, rollerskating, riding the bus, or whatever else they choose.

For example, a single parking bay for one car has enough space to park more than 10 bicycles. Moreover, bikes are non-polluting, and for you, the car driver, they are non-lethal, unlike all the other cars on the road.

It’s time to be realistic and rational.

Most Australian cities, like it or not, are becoming more populated and congested. The rational solution to cope with this increased population and the associated traffic congestion is to decrease car usage and simultaneously increase the ease and practicality for people to walk, ride a bike or use public transport instead.

I like to think that I am a rational, practical person.

Although I think that bicycles are one of the greatest and least exploited inventions of modern history to solve transport dilemmas, I also understand that in our fast-paced and modern world, motor vehicles are here to stay and have many practical uses.

I understand that these vehicles are important to our society and economy.

And I also understand that the less generic vehicle congestion we have on our roads, the better it will be for those using vehicles for such practical purposes.

However, what should, nay, NEEDS to end, is the mindless, generic use of cars simply to use for daily transport.

During my university years, I was involved in a number of research projects where we observed the occupancy rates of passenger vehicles during peak hours on various major highways and motorways in Perth.

It’s probably not a surprise to many, but the large majority of cars only had a single occupant.

If you think about the various impacts of excessive car usage and dependence, the road fatalities, economic cost, health impact and so on, it’s a no-brainer that in an age of overpopulation, congestion, pollution and resource scarcity that we need to start thinking in a rational, practical and determined manner to protect and enhance our quality of life for both current and future generations.

Why cyclists are actually a motorist’s best friend