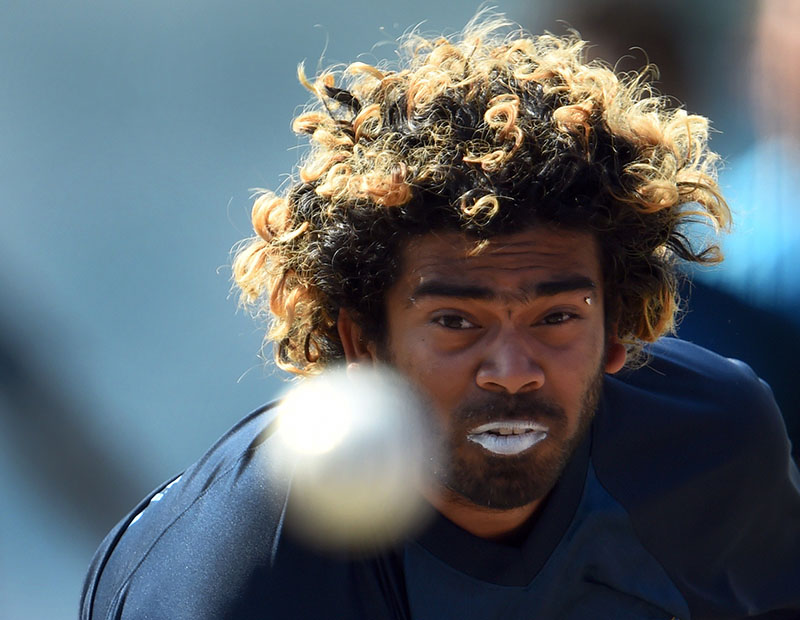 It has been almost 20 years since Australia’s cricketers have been stung by Sri Lanka at a Cricket World Cup.

It is a trend Michael Clarke’s men are expected to continue at the SCG on Sunday, but the captain knows that it will not be easy to achieve victory.

• Cummins ruled out of Sri Lanka clash
• Fear of failure: why didn’t Clarke bat?
• Shane Watson: I’ve only got myself to blame

“They’ve got some world-class players. They’re going to be as tough as any team,” Clarke said.

“If they play their best, they’re always a tough team to beat.

“They’ve shown throughout World Cups that they’re always going to be there or thereabouts. They seem to like World Cups.

Sri Lanka defeated Australia in the 1996 World Cup final, but it has been one-way traffic at tournaments since then.

Neither team has yet finalised their XI for the all-important clash in Sydney, with selectors wanting to assess the pitch just before play.

The loser of Sunday’s fixture will almost certainly face South Africa in a quarter-final.

“Regardless who you play in the quarter-final, you’re up for a tough match,” Clarke said.

“Who we play against is irrelevant. We just need to continue to win every game we play.”

Pat Cummins will miss a second game due to the side injury he suffered in Auckland, however the paceman is expected to be fit for the team’s final pool match against Scotland in Hobart.

Sri Lanka skipper Angelo Mathews feels his side could do some damage over the next three weeks, having shown much improvement since losing to New Zealand in their tournament opener.

“Coming into the World Cup no one really gave us a chance,” Mathews said.

“We had a pretty poor series against New Zealand. We didn’t play that good cricket.

Matildas will be keen to forget 7-0 drubbing by Spain
Upcoming stats will reveal where and how hard rates are hitting economy
Victorian MPs pocket a tidy 2.75 per cent pay raise
Reserve Bank review isn’t a ‘get the governor’ exercise: Jim Chalmers
‘Violence for weeks’ feared after landmark US abortion ruling
Aussie Hannah Green within striking distance of Women’s PGA Championship lead
Pure gold: disbelief as Anna Meares does it again
Today's Stories