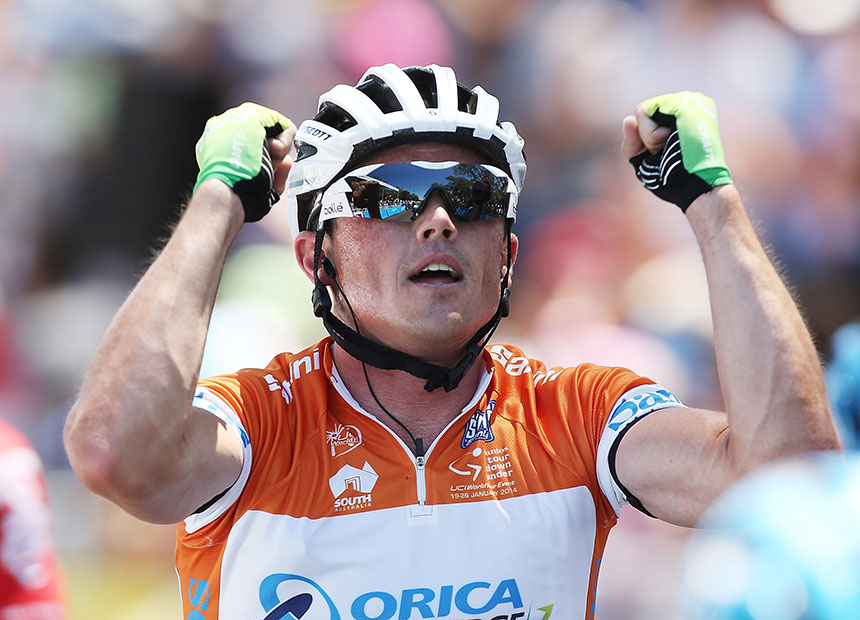 In a massive blow to the Australian cycling scene, star Simon Gerrans has broken his left collarbone in training, ruining his big home season title defences.

He was to undergo surgery on Monday afternoon, a day after crashing while riding his mountain bike.

The accident means Gerrans will not defend the Australian road championships and Tour Down Under titles early next year.

His team Orica-GreenEDGE said in a statement that Gerrans’ focus would now shift to the European spring classics.

Gerrans was completing a training session near his home town of Mansfield in country Victoria when he crashed.

“About half way through my mountain bike ride I became a little unstuck, came down and landed pretty heavily on my left side,” Gerrans said.

“I knew straight away as I hit the ground that I had broken my left collarbone.

“From there I had a little bit of a walk to get down to a point where I was picked up by a four-wheel drive and went directly to Mansfield hospital to get cleaned up and have the x-ray to confirm.”

He shaped as favourite as he aimed to collect a third title at the January 11 Australian men’s elite road championship race at Buninyong, near Ballarat.

He then would have gone head-to-head with Evans at the January 18-25 Tour Down Under, a race he has won a record three times.

“Unfortunately it doesn’t matter how well the recovery goes from here, I don’t think I am going to be in any condition to be racing at a high level in January,” Gerrans said.

“With that in mind I think it is better to take my time, make sure the recovery goes well and get all the rehab done so I don’t have any ongoing issues.

“It’s a big blow not to be able to line up in the national championships and Tour Down Under and defend my titles.

“They are races that I really enjoy and I know how important they are to the team.”

Losing Gerrans is a massive blow to Orica-GreenEDGE, who will now be without their No.1 rider for the big Australian races.

Gerrans’ career has gone to a new level at GreenEDGE, where he has achieved a string of big wins at home and in Europe.

“In terms of the team this summer, there is no doubt it is a huge hit,” said team sport director Matt White.

“But we have some really motivated guys who are looking really strong.

“Now it is their chance to step up and deliver in a very important period for us and we are really confident they can do that.”