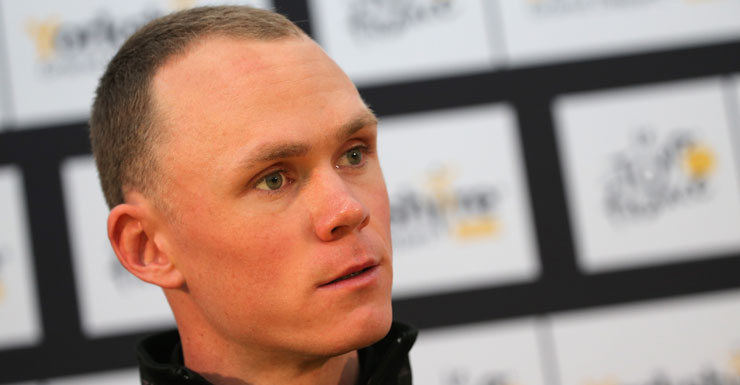 Former Tour de France champion Chris Froome scotched doubts about his commitment to the 2015 race on Tuesday by declaring that it will be the “main focus” of his season.

The mountainous route for the 2015 Tour does not favour Froome, the 2013 champion, and he hinted in October that he could elect to skip it and focus instead on the Giro d’Italia and the Vuelta a Espana.

But having softened his stance in a subsequent interview, the 29-year-old Team Sky rider has now announced that the Tour will be his primary target next year.

“Of course, together with the team, we’ve had to prioritise some events over others, but the Tour will remain my main focus for 2015,” Froome said in an interview published on the Team Sky website.

Froome, who was forced to withdraw from this year’s Tour after a number of crashes, added that focusing on next year’s race would make it difficult to mount a sustained challenge in the Giro and the Vuelta.

“The concept of doing all three Grand Tours in a season has got appeal, but having said that, I know how hard it is to do two Grand Tours while targeting the overall win,” said the Kenya-born Briton, who finished second to Alberto Contador in this year’s Vuelta.

“At this point in my career I feel that the Tour takes priority. There may come a time at some point down the line where other races may take preference, but for 2015, it’s the Tour.”

He added: “It’s a climbers’ Tour next year, so I’m going to have to work extra hard in the mountains and spend less time on practising time-trialling.

“It’s also going to be important to be as light as possible, so our nutrition will play a key role. There will be new tests for me as an individual. That’s what I’m looking forward to.”