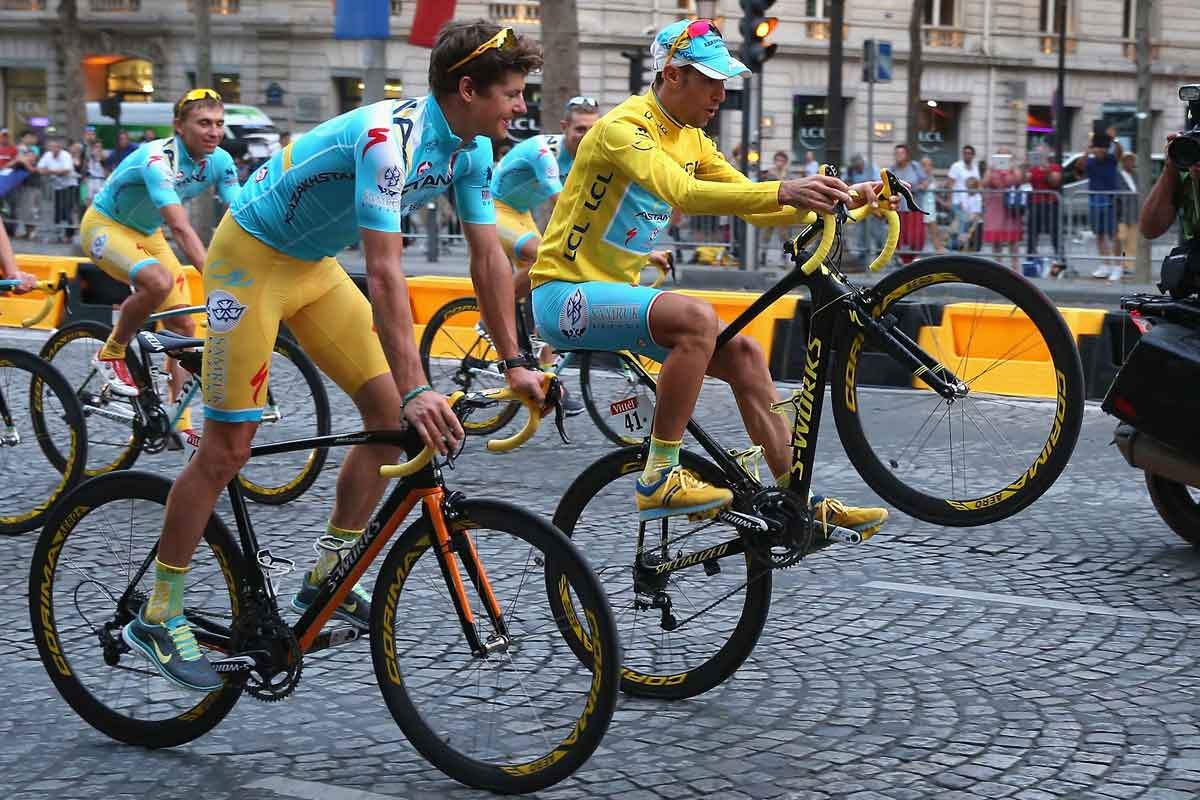 Vincenzo Nibali has completed his victory in the 2014 Tour de France as German sprinter Marcel Kittel won the final stage on the Champs Elysees in Paris.

Nibali finished safely in the peloton on Sunday to succeed Briton Chris Froome as Tour champion.

Nibali went straight to his wife and baby daughter after crossing the finish line to embrace both and celebrate with his family.

The 29-year-old Italian first took the yellow jersey on the second stage and although he lost it on the ninth stage, he claimed it straight back on Bastille Day, 24 hours later.

Sunday’s 137.5km 21st and final stage from Evry was always likely to end in a bunch sprint, with Nibali’s Astana team manager Alexander Vinokourov the last person to win from an escape in 2005.

When it came into the final few hundred metres, Kittel launched first but was overtaken by Kristoff, himself a winner of two stages at this Tour.

But the German found a second wind and came back at the Katusha sprinter to charge through and match exactly his feat from last year.

Then too he won four stages – including both the first and last – and wore the yellow jersey for a day on stage two.