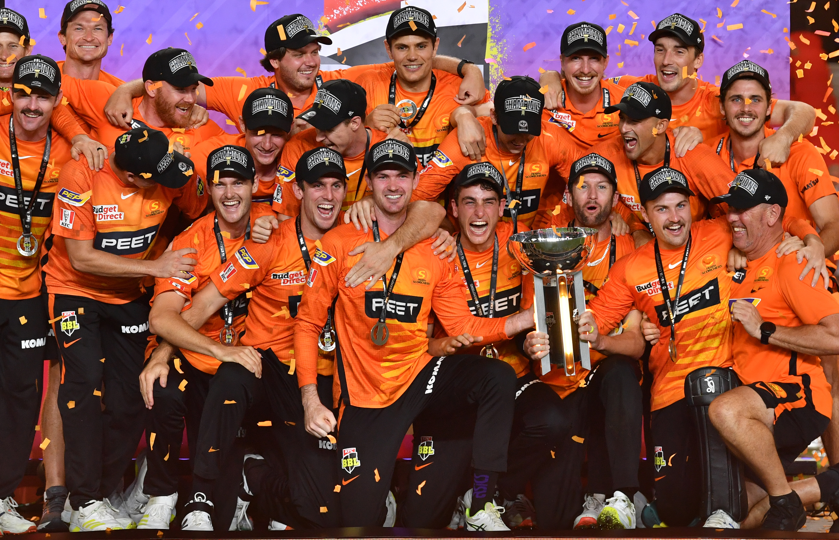 Locked out of their home state, the Scorchers beat the Sixers and the odds to become 2022's Big Bash champs. Photo: AAP

The Perth Scorchers are BBL champions for a record fourth time after smashing the COVID-19 and injury-hit Sydney Sixers by 79 runs.

The most dominant franchises in BBL history battled it out in the final for the fifth time in 11 seasons, with the Scorchers recovering from an early stumble on neutral territory at Marvel Stadium to clinch their first title since 2016-17.

Despite starting slowly after playing just one match in 11 days, the Scorchers, who have been away from Perth since December 8 due to Western Australia’s border situation, finished with the largest victory by runs in BBL final history.

The Sixers were skittled for just 92 – the lowest total in a BBL decider – in the 17th over.

Veteran Scorchers quick Andrew Tye (3-15) ripped through the Sixers’ middle order as the men in magenta lost 3-0 in four balls.

Daniel Hughes, who entered the match under an injury cloud, was the only Sixers batter to show any resistance with a well-made 42.