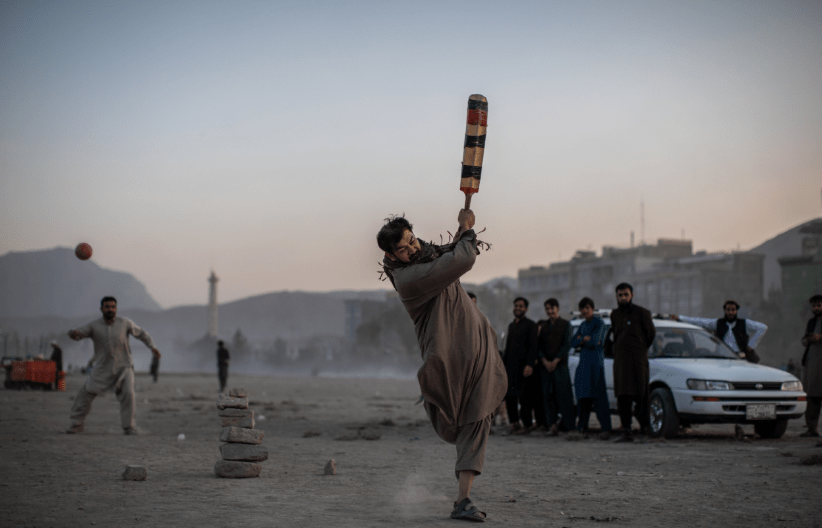 Once banned by the Taliban, cricket is wildly popular in Afghanistan, where fundamentalists still regard it as a sin. Photo: Getty

A terror bombing, possibly the work of Islamic State, has killed 19 spectators at a professional cricket match in Kabul,  the Afghan capital.

Media accounts said the blast, variously ascribed to a grenade or the explosive vest of a suicide-bomber, occurred during a Shpageeza Premier League T20 match between Band-e-Amir Dragons and Pamir.

“The secretary-general strongly condemns the attack today at the Kabul International Cricket Stadium in Afghanistan, which claimed the lives of at least 19 civilians and caused additional casualties,” Haq said.

Guterres “extends his deepest condolences to the families of the victims and wishes a swift recovery to those injured. He reiterates that attacks against civilians and civilian objects are strictly prohibited under international humanitarian law,” Haq said.

Cricket is very popular in Afghanistan and sporting events are often held on Friday, the Muslim holy day.

The Taliban banned the game as a violation of Islamic law during its first period in control of the war-torn country, but now permits the sport – although fundamentalists still see it as sin.

No one has claimed responsibility for the attack, but most of the terror strikes carried out in Afghanistan since the Taliban seized control of the country last August have been the work of the Afghan branch of Islamic State.