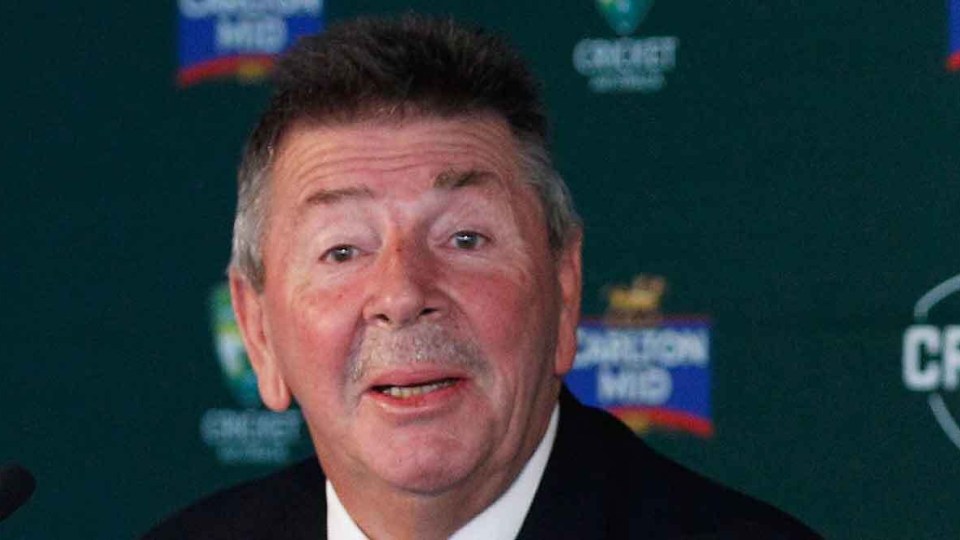 Australian cricket great Rod Marsh has died at the age of 74 after suffering a severe heart attack last week.

The former Test wicketkeeper and coach died in an Adelaide hospital after being transferred from Bundaberg this week.

Marsh played 96 Test matches for Australia between 1970-1984, retiring with a then world record of 355 dismissals, 95 of which came off the bowling of his great mate, Dennis Lillee.

He went to oversee the nation’s cricket academy and later becoming a selector.

Marsh was the first Australian wicketkeeper to make a Test century, reaching triple figures in Adelaide against Pakistan in Adelaide in 1972-73.

Marsh was rushed to hospital last Thursday after his heart stopped while he was in Bundaberg to attend a charity event in Bundaberg.

In a statement released on Sunday son Paul said his father’s condition was “critical”.

He said there had been a great deal of interest in his father’s condition.

“Our family has been overwhelmed by the messages of love and support from all around the world,” Paul Marsh said.

“We have listened to and read every one of them and we are incredibly grateful to everyone.”

Born in Armadale, Western Australia, Marsh and brother Graham were keen cricketers, both representing the state at youth level.

But while Rod pursued a career in Test cricket, Graham became a successful professional golfer.

Rod Marsh made his first-class debut for Western Australia as a specialist batsman against the West Indies during the 1968–69 tour.

His call up to the national team came in 1970 as replacement for wicketkeeper Gordon Becker in England’s Ashes tour of Australia.

Marsh’s glovework behind the stumps was lampooned by some sections for the media, who dubbed him ‘Iron Gloves’ after some sloppy catches in his debut Test against England.

His wicketkeeping improved during his time in the Australian side and his name became indelible fixture along with fellow Western Australian Lillee and Greg Chappell.

Marsh remained connected to cricket after handing over the gloves in 1984.

After a stint as a television commentator, he took charge of the Australian Cricket Academy and then worked in a similar role in England and for the International Cricket Council.

He most recently served as Australia’s chairman of selectors from 2014 to 2016.

Australia’s Test players are expected to wear black arm-bands when the first Test against Pakistan starts later Friday in Rawalpindi, as a mark of respect.