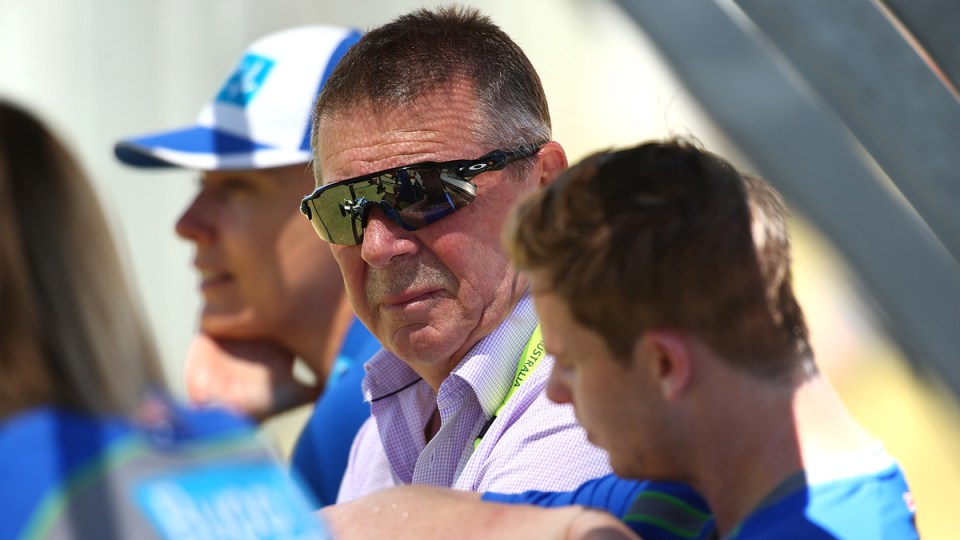 Australian cricket legend Rod Marsh has died at the age of 74. Photo: Getty

Australian cricket great Rod Marsh is being hailed as among the sport’s most influential figures after passing away, aged 74.

Marsh died in an Adelaide hospital after suffering a heart attack in Queensland last week.

“He gave us almost 50 years of incredible service.

“He reinvented the role of the wicketkeeper.

“He was the first Australian wicketkeeper to score a [Test] hundred, he was incredible behind the stumps and a brave, swashbuckling style is what left long-lasting memories.”

He was transferred in an induced coma to the Royal Adelaide Hospital, in the city he resided, earlier this week.

“He has been an incredible husband, father and grandfather and we have been so fortunate to have had him in all our lives,” Marsh’s son Paul said in a statement on behalf of his family.

“We are so grateful for all the love and support our family has received from so many people over the last week. It has given us strength in the most difficult week of our lives.”

A combative wicketkeeper-batsman, Marsh played 96 Test matches for Australia between 1970 and 1984 and 92 one-day internationals.

On retirement, he held Test cricket’s then world record for most wicketkeeping dismissals, 355, and scored three Test centuries in his decorated career.

While Marsh’s on-field exploits were legendary, the deep thinker of the game was also renowned worldwide as a coach and talent-spotter.

Marsh headed Australia’s cricket academy before filling the same role in England and was the inaugural head of an International Cricket Council world coaching academy in Dubai.

He also served as commentator and became Australia’s chairman of selectors in 2014, a position he held for two years.

“This is a tremendously sad day for Australian cricket and for all those who loved and admired Rod Marsh,” Cricket Australia’s chairman Lachlan Henderson said.

“Rod will be forever remembered for the way he played the game.

“Rod also made an enormous contribution to the game by identifying, coaching and mentoring many future stars in his various roles as coach and director at cricket academies in Australia and other cricket playing nations.”

Australia’s Test players will wear black arm-bands when the first Test against Pakistan starts later Friday in Rawalpindi, as a mark of respect for Marsh.

Tributes from Australia and around the world have flooded social media on news of the death of Marsh, who became a Member of the Order of the British Empire (MBE) in 1982 and was elected to the Sport Australia Hall Of Fame in 1985 and the Cricket Hall Of Fame in 2005.

“Rod Marsh was more than just a successful wicketkeeper-batsman, he was tactical, spoke without fear and spotted the talents of our Aussie’s best,” Sport Australia Hall of Fame chairman John Bertrand said.

“Respected by all those he played with and against, Marsh had a wicked sense of humour, loved by teammates, loved by the country.”

Marsh leaves his wife Ros and sons Dan, who captained Tasmania to their first Sheffield Shield win, Paul, a former CEO of the Australian Cricketers’ Association, and Jamie.

Alan Kohler: A recession we don’t have to have is coming, and it will be the RBA’s fault
Cricket great Rod Marsh dies of massive heart attack aged 74
Today's Stories