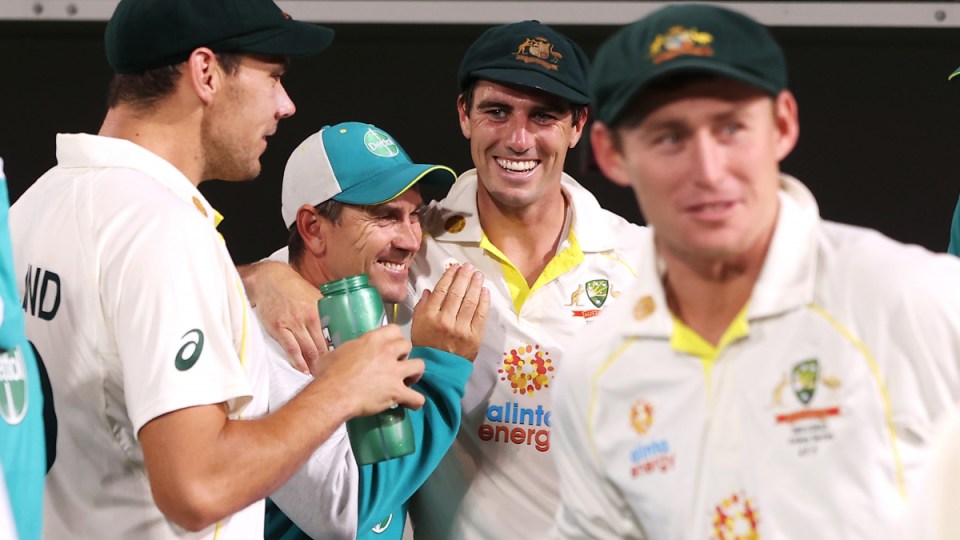 Pat Cummins has broken his silence since Justin Langer’s resignation, calling his former coach’s apology to Australia players as “unnecessary”.

Australia’s Test captain has come under fire from former players for what they perceived as a lack of support for Langer before and after the coach’s resignation on Saturday.

But Cummins released a statement on Wednesday, in which he referred to Langer as a “legend” of cricket.

The fast bowler defended his decision not to speak out earlier, saying he would have put the team and Cricket Australia in an “impossible situation”.

“I believe in respecting the sanctity of the change room and proper process,” Cummins said.

“Now that a decision has been made by Justin to resign and given his own public comments by Cricket Australia, I can provide some clarity.

“Justin has acknowledged that his style was intense. And it was. He has apologised to players and staff for his intensity.

“I think the apology was unnecessary. Because the players were OK with JL’s intensity.

“It came from a good place — and his fierce love of Australia and the baggy green — something which has served Australian cricket well for three decades.

“It’s what makes him a legend of the sport.”

“These are significant Justin Langer legacies,” he said.

“And on behalf of the players, I thank Justin. More than that, we owe him a lot and Justin will be a welcome face in the change room in the future.

“So, his intensity was not the issue for players and the support staff.”

Cummins also labelled CA’s call to only offer Langer a short-term contract as “brave” given the team won the Twenty20 World Cup in November and followed it up with a 4-0 Ashes demolition of England.

The 28-year-old said former Australian greats such as Matthew Hayden and Mitchell Johnson were entitled to their opinion of the situation.

“Many former players have reached out to me and silently offered me their advice, which is welcome,” Cummins said.

“Some others have spoken in the media — which is also welcome and comes from a love of the game and their support of a mate.

“To all past players, I want to say this: Just as you have always stuck up for your mates, I’m sticking up for mine.”