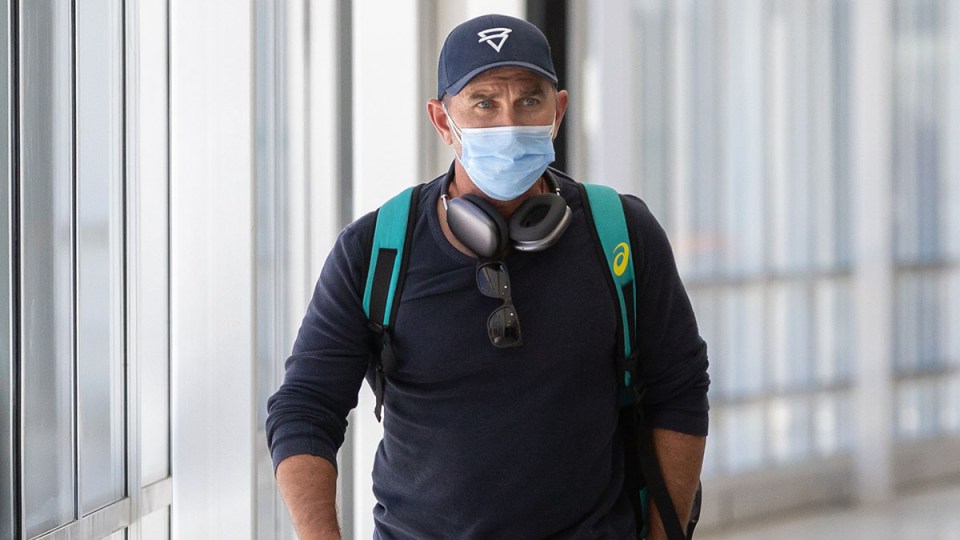 Justin Langer said he respected the wish for a new direction when he resigned as national coach. Photo: AAP

Justin Langer came to the realisation senior players did not want him to continue as national cricket team coach only through media reports.

In his resignation letter, published by The Australian on Sunday, Langer cited the reasons why he decided to walk away.

He told CA on Saturday morning he was resigning effective immediately, with no interest in taking up the short-term deal offered, after almost four years in the job.

The Test great wanted to sign a new long-term contract, but CA only wanted to keep him on until the end of the 2022 T20 World Cup in Australia.

“Having been away from home since the first week of October, (Friday) was a tumultuous day, and with quarantine restrictions now that I am back (in Perth) I am unable to do anything publicly at the moment, but I want people to know I am happy with my decision and proud of what I have achieved,” Langer wrote in an email to CA bosses, including chief executive Nick Hockley.

“There has been a great deal of media speculation on my future as the Australian men’s cricket coach over the last 12 months and this has taken an enormous toll on my family.

“I hope through this time, and throughout my tenure, I have held myself with integrity and dignity.

“Last night I was offered a short-term contract until the end of the T20 World Cup in Australia (in November), with the sentiment of ‘going out on a high’.

“After careful consideration I have decided not to accept this contract renewal, and as a result I believe it is in everyone’s best interests for the Australian cricket team to begin the next chapter immediately.

“If media reports are correct, several senior players and a couple of support staff don’t support me moving forward, and it is now apparent the CA board, and you Nick, are also keen to see the team move in another direction.

“I respect that decision.”

There had been speculation about Langer’s future in the role since last summer’s home Test series loss to India, when reports of discontent among players about Langer’s “intensity” emerged.

He may have hoped that had been resolved as he took a more hands-off role during the subsequent T20 World Cup triumph and recent home Ashes success.

“My life has been built on values of honesty, respect, trust, truth, and performance and if that comes across as ‘too intense’ at times, I apologise,” Langer wrote in his resignation letter.

“It is said that in any venture, if you leave things in a better place than when you started then you have done your job.

“Whilst it is not up to me to judge, I hope Australians respect what has been achieved over the last four years in Australian cricket.”

Langer has received an outpouring of support from former teammates and ex-Australian players, including Ricky Ponting, Matthew Hayden and Mitchell Johnson.