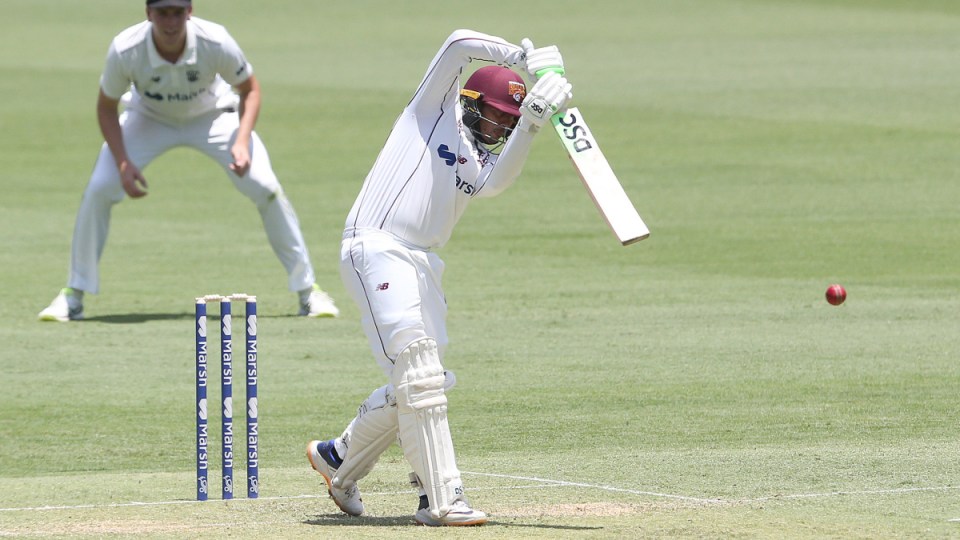 Usman Khawaja is back in Australia's Test squad for the first time since 2019. Photo: AAP

Usman Khawaja is on the cusp of a Test recall after being included in Australia’s 15-man Ashes squad alongside Travis Head.

A clash involving Australia and Australia A players in Brisbane on December 1-3 will likely resolve whether Khawaja or Head bat at No.5 for the first Test against England.

Australia’s XI for the series opener at the Gabba, which begins on December 8, is otherwise settled unless any injuries occur in coming weeks.

Incumbent Test opener Marcus Harris is set to partner David Warner after being included in the squad for the first Test and ensuing pink-ball match at Adelaide Oval.

Jhye Richardson looms as the most likely paceman to step up should selectors decide that one of Pat Cummins, Josh Hazlewood or Mitchell Starc isn’t physically ready for the first Test.

Khawaja hasn’t played for Australia since being dropped during the 2019 Ashes.

But chairman of selectors George Bailey says the 34-year-old has been in “great touch” this Sheffield Shield season, including a knock of 174 at Adelaide Oval.

“He brings a calm, consistent and experienced component to the batting line-up and is a proven run-scorer at Test level,” Bailey said.

“He also has the ability to bat across a range of positions.

Neser has returned to training after a minor hamstring strain, while Test skipper Tim Paine is slated to mark his return via grade cricket this weekend after undergoing neck surgery in September.

Bailey said the retention of Harris, who donned the baggy green in January when Australia lost to India in their most recent Test, was a reward for consistent domestic form and this year’s productive county stint with Leicestershire.

“He is a good player who will be looking to build a strong partnership with David Warner,” Bailey said.

Mitch Marsh missed the cut, but was included alongside fellow Twenty20 World Cup squad members Ashton Agar and Josh Inglis on an extended list of Australia A players for the Ashes tune-up at Peter Burge Oval.