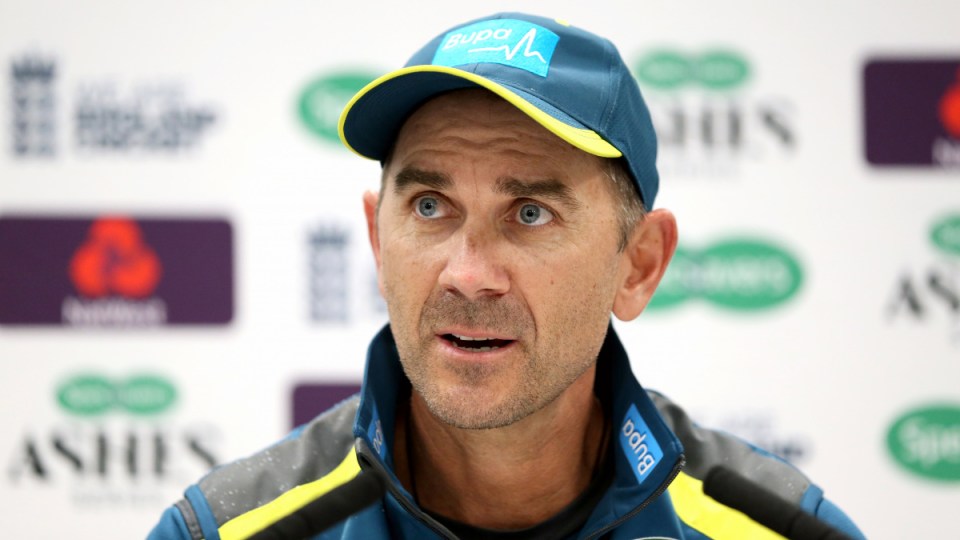 Selectors will soon finalise Australia’s Ashes squad as they weigh up a crucial and contentious call regarding the middle order.

Test stars involved in the Twenty20 World Cup have started their stint in quarantine on the Gold Coast, with Steve Smith and company to spend three days in strict lockdown before they can train at Metricon Stadium.

Langer and fellow selectors are expected to name the Australia and Australia A squads on Wednesday.

Chairman of selectors George Bailey last week indicated incumbent Test opener Marcus Harris will likely be given a chance to prove himself in the Ashes opener.

If that transpires it would leave just one place up for grabs in Australia’s XI for the first Test.

Usman Khawaja and Travis Head headline the list of candidates to bat at No.5  in Brisbane on December 8, having both started the domestic season strongly.

An intra-squad clash in Brisbane on December 1-3, involving Australia and Australia A players, may ultimately settle that debate.

Harris is among the Victoria and NSW players missing this week’s Sheffield Shield game at the SCG, so they can quarantine in Queensland and play the Ashes tune-up.

Mitch Marsh, fresh from a match-winning knock in the T20 World Cup final, is expected to take part in that selection showdown.

But Marsh will struggle to dislodge Cameron Green from Australia’s XI, meaning he will likely play the clash between Australia A and England Lions on December 9-12 rather than the first Test.

Selectors opted for a 17-man Test squad a year ago, needing contingency plans and potential COVID-19 substitutes for every possible scenario, but it is likely to be a smaller group for the Ashes.

Test squad members remained in a strict biosecurity bubble throughout 2020-21, unable to take part in the BBL.

There is hope this summer will allow players to move in and out of the Test squad relatively freely, although that will hinge on potential restrictions needed for the fifth Test to proceed in Perth as planned.

Former captain Michael Clarke urged selectors to pair Khawaja and David Warner at the top of the order.

“Uzzy is in good form, he and Warner would make a good combination,” Clarke said.

Clarke also backed Green to remain in the side ahead of Marsh because he “was brilliant last summer, fought hard and earned his position”.

Selectors’ most difficult headache will arguably be settling on the battery to support Pat Cummins, Josh Hazlewood and Mitchell Starc this summer.

Express paceman Jhye Richardson, who has endured an injury-marred stretch since an impressive Test debut at the Gabba in 2019, excelled in a recent Sheffield Shield match at the venue hosting the first Ashes Test.

Michael Neser suffered a hamstring injury in that same Shield contest but remains hopeful of being fully fit come the Ashes.