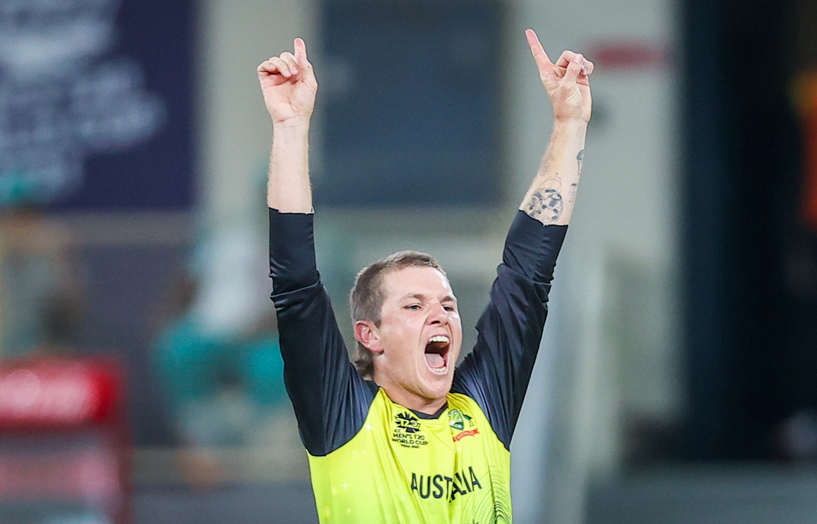 With a chip on his shoulder, Adam Zampa stands on the verge of completing what could go down as one of the best-ever World Cup performances by an Australian spin bowler in history.

But his contribution will likely be viewed as every bit as helpful to Australia’s cause if they are to take out the Twenty20 World Cup for the first time.

Only New Zealand – the opponents in Monday morning’s (AEDT) final – stand in the way.

Zampa’s average (10.91) over six matches in the UAE is the lowest of all specialist Australian spinners in either format at World Cups and he boasts the lowest economy rate (5.69) in the shorter version.

He has claimed more wickets (12) than any Australian spinner at a T20 World Cup and boasts the best strike rate (11.5) by a long way in either format.

In the UAE, Zampa has outdone vaunted pace trio Mitchell Starc (nine), Josh Hazlewood (eight) and Pat Cummins (five) in claiming the most wickets by an Australia bowler.

It’s a phenomenal return for a player who was effectively cut off from his teammates for large parts of their World Cup preparation, stuck at home in Byron Bay bowling to local teenagers to stay sharp during the pandemic.

“Even as a 15- or 16-year-old growing up in the country, there was always a city guy that’s better than me or there’s always been someone that turns their legspinner more than I do.

“Even after this tournament, there’ll be another series that comes up and I’ll be underestimated again.

Zampa – described as “a bit different” by coach Justin Langer – puts much of his recent success down to knowing his strengths and being himself, as well as nailing some simple yet effective technical aspects of his delivery.

They’re the little things, like maintaining short strides on his run-in, which he says help him put pace and spin on the ball.

Zampa, who has 56 T20 international matches to his name, stunned Bangladesh with a career-best 5-19 in a crucial win for Australia during the Super 12 stage and was at his economical best in claiming 1-22 against Pakistan in the semi-final.

“He was brilliant (in the semi-final) and took complete control of his four overs and of the innings at that stage where (Pakistan) were going really well.

“The great thing about Zamps is he’s super honest.

“He took his five wickets the other night and he felt like he didn’t bowl well.

“That’s a quality of a good player, when you’re picking apart your own game and you understand exactly what you’re doing.”