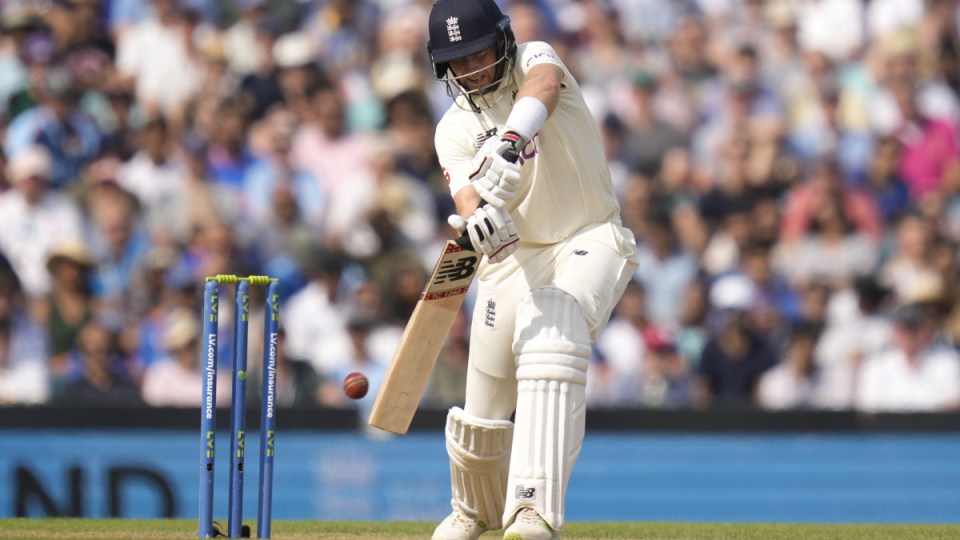 England's Joe Root is said to have signalled his approval of the pact that will see the Ashes go ahead. Photo: AP

After weeks of negotiations and cricket fans’ nightmares that the Ashes might become the latest Victorian event cancelled by the COVID crisis, England’s cricket bosses have given their okay for the summer’s tour to go ahead.

After seeing the AFL grand final moved to Perth, the Grand Prix abandoned for the second virus-plagued year in a row and, most recently, the Royal Melbourne Show scratched from the callendar, the Ashes news means there is something to look forward to.

The England and Wales Cricket Board issued a statement signalling that the game’s marquee five-Test series should begin as scheduled in Brisbane on December 8.

Yet the ECB has only given the green light for the tour on the basis that “several critical conditions”, as yet unnamed, must be met by their Australian hosts.

The COVID-19 restrictions in place in Australia had prompted concerns from some England players, yet a series of crisis meetings during the week appear to have appeased them and produced enough progress for the game’s biggest series to take place.

It now seems almost certain – though it remains unconfirmed – that England captain Joe Root, who last week refused to confirm he would tour, will be leading the Australia-bound squad.

It should be a strong visiting team, too, following a meeting last Sunday when the ECB suggested the tour wouldn’t go ahead if England were not able to send “a squad befitting a series of this significance”.

Root’s counterpart, Tim Paine, had suggested the tourists would play with or without their inspirational skipper, who has scored far more runs than any other player in world cricket this year.

“Over recent weeks we have made excellent progress in moving forward on the England Men’s Ashes Tour,” read Friday’s ECB statement.

“To facilitate further progress and allow a squad to be selected, the ECB Board has met today and given its approval for the tour to go ahead.

“This decision is subject to several critical conditions being met before we travel.

“We look forward to the ongoing assistance from Cricket Australia in resolving these matters in the coming days.”

The ECB statement didn’t elaborate on what the “critical conditions” were but the major sticking point for England seems to have been whether the squad’s family members could join them in Australia over the festive period.

Reports have suggested they could be given the use of a Gold Coast resort in Queensland to quarantine before the first Test while their families, arriving for Christmas, could be accommodated at a resort in the Yarra Valley before the Boxing Day Test in Melbourne.

The green light for the tour has only come about after long-running negotiations between the two countries – even at the highest level.

“I’ve had a little bit of contact with (Scott Morrison) but I have over my period as Test captain,” Paine told his SEN Hobart show earlier on Friday.

“He was keen to find out what the sticking points might have been from a players’ perspective.”

The news that the tour would go ahead was met with delight by former England captain Nasser Hussain, who told Sky Sports: “Any England fan will be absolutely chuffed that it looks like the Ashes will be going ahead.

“England have played 18 Tests since the start of the pandemic – way more than anyone else – and all of those Tests have been in bubbles and various degrees of quarantine and isolation, so they were just checking what the situation was in Australia, with different states that have different rules.

“Things can change from state to state quickly, and the players understand that. But I’m hearing that all of the players who can go, who are physically fit, want to go.”

Happy 3rd of July, Tom. Top Gun superstar joins the club of celebrities turning 60 this year
Howzat? The Ashes look like they’re on, but the pandemic makes it a sticky wicket
Today's Stories